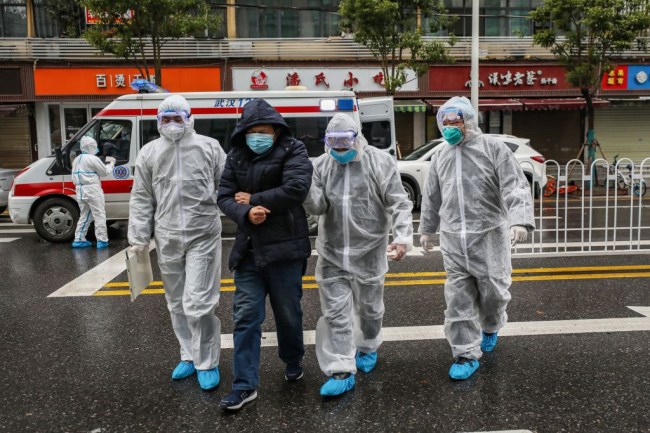 It’s safe to say China doesn’t exactly have the best track record when it comes to preventing the spread of largely untreatable illnesses capable of inciting panic on a global scale, as the country served as ground zero for the avian flu that whipped the world into a frenzy in the late 1990s before SARS sparked fears of a worldwide pandemic in the early 2000s.

Now, China has found itself in the spotlight for all of the wrong reasons yet again as it fights to contain the spread of the coronavirus, which I previously assumed was just another name for the hangover that comes with crushing too many lime-infused Mexican lagers during a hot day at the beach.

Last month, China reported its first case of the respiratory illness that originated in the city of Wuhan, where at least 800 people were infected after visiting a marketplace that had a reputation for selling bats and other animals that spread the disease to humans.

Last week, the Center for Disease Control confirmed the virus has made its way to the United States and the number of diagnoses in countries around the world has only increased since then (more than 100 people have died since the outbreak began).

Last week, the Chinese government announced it was putting Wuhan—which has a population of 11 million people—under quarantine and footage has steadily emerged documenting the impact the sickness has had on its residents and hospital staff.

However, according to The South China Morning Post, officials may not have acted soon enough, as an estimated five million people left the city before it was placed on lockdown. The vast majority of them were traveling to other locales around the country to celebrate the Lunar New Year, which isn’t exactly the best news when you consider the entire point of a quarantine is to isolate something to a restricted area.

Based on all indications, things are likely to get far worse before they get any better so I’d like to wish all of humanity the best of luck.