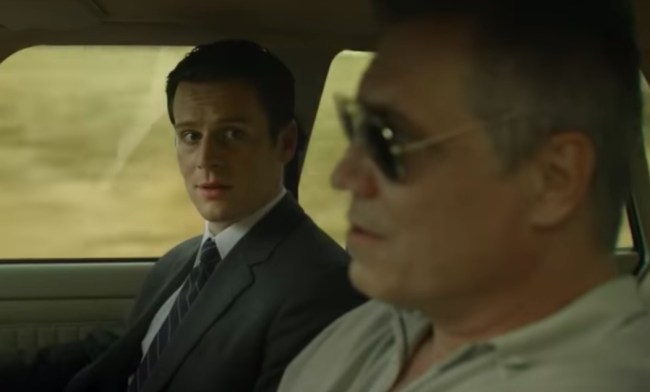 Mindhunter was one of the most binge-watched shows on Netflix when it first dropped in 2017. There’s just something about the psychology of twisted serial killers that makes people go nuts, so the show about getting into the mind of some of the most infamous murderers ever was something viewers ate up. But after watching all 10 episodes in season 1, fans have wondered when season 2 of Mindhunter would find its way to the streaming service — and we finally got a small hint.

Actress Charlize Theron, who’s one of the executive producers of the crime drama series, may have had a slip of the tongue while appearing as a recent guest on The Howard Stern Show, giving a small appetizer to fans about when Mindhunter will make its return, giving a small hint to look for it to drop in August of this year. Take a listen below.

Unfortunately, Theron didn’t give an exact date for season 2 of Mindhunter to drop, but, because Netflix Originals typically release on Friday’s, these are the days to tentatively mark your calendars for: August 2, August 9, August 16, August 23 or August 30. The second season of the show was confirmed on November 30, 2017, with director David Fincher telling Billboard that the next season will address real-live events from 1979-81, which is two years after the crimes featured in season 1.

There aren’t yet many details about what will be featured in season 2 of Mindhunter, but director David Fincher did reveal that one event that the show will be focused on is the Atlanta Child Murders, which took place from the middle of 1979 until May 1981, resulting in at least 28 children, adolescents and adults murdered. Wayne Williams was arrested, tried and convicted of two of the adult murders, ultimately being sentenced to two consecutive life terms, although he wasn’t charged with any of the other cases, maintaining his innocence.

Outside of that case, we do know that Charles Manson will be featured in season 2 of Mindhunter, but, again, Netflix is being tight-lipped about releasing any details prior to the show. At the very least, Charlize Theron gave us something to at least look forward to in a couple of months.