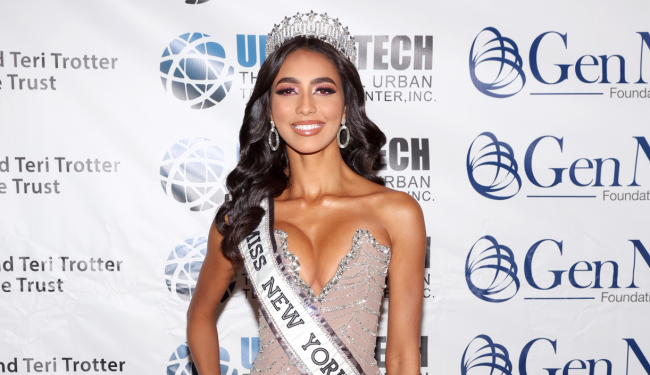 Heads up! We’ve got some a serious beauty pageant beef brewing!

The winner of the 2022 Miss USA pageant was Miss Texas R’Bonney Gabriel, but Miss Montana Heather Lee O’Keefe, Miss New York Heather Nunez (pictured above), as well as former Miss USA contestant Jasmine Jones, think there was some tomfoolery going on behind the scenes.

“Most of the Miss USA contestants feel very strongly that there was favoritism towards Miss Texas USA and we have the receipts to prove it,” O’Keefe claimed in a TikTok video.

Nunez wrote in an Instagram story, “I am lost for words. The way I entered this pageant and gave it every last bit of my heart and soul. I had limiting beliefs of the outcome and did everything to ignore ALL the signs. We were humiliated, thinking we entered something with a fair chance.”

She continued, “The ONLY reason I am speaking up is to prevent future contestants from feeling the way that I do. For all the little girls who watch Miss USA with the same dreams I had of working hard to be in that position. You deserve a fair chance.”

Jones also made her feelings clear in a TikTok video where she claimed that it was “obvious” something was “off.”

“Not one of them stays onstage to congratulate her or to run and hug her,” Jones said. “In my 10 years of pageantry, I’ve never seen contestants walk off the stage and not congratulate the girl that’s won.”

“Quite possibly the only Miss USA in history to have her entire class walk off stage immediately after she was crowned,” O’Keefe echoed in her own TikTok video.

“@MissUSA was crowned less than 24 hours ago, yet she already got her sponsored vacation to @NIZUCResort?” O’Keefe added on her Instagram stories. “Are you kidding me? I was giving y’all the benefit of the doubt, but this is just embarrassing at this point.”

What’s embarrassing, at least to many NFL fans, is the fact that Aria Hutchinson lost after wearing a dress that was modeled after her big brother’s Detroit Lions jersey.

She even had (sparkly) war paint over her eye like her brother. How could she lose?

She was definitely robbed.