Moby Cancels Book Tour After Natalie Portman Saga, Claims He’s Going To ‘Go Away For A While’ 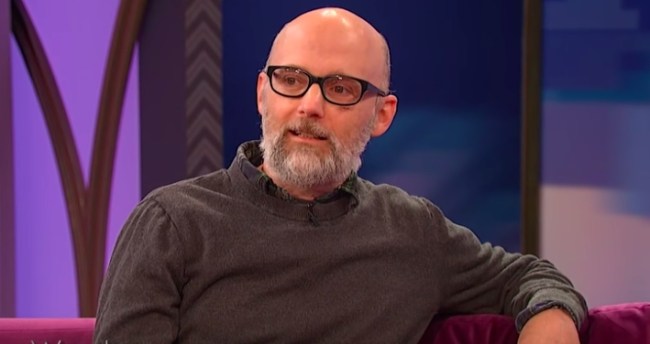 The good news for Moby is that now everyone in America knows he has a new memoir, “Then It Fell Apart.” The bad news is that the majority of those people now think he’s a creep. People don’t buy books from creeps.

The musician was blasted for claiming in his memoir that he and Natalie Portman had a thing back in the day, detailing how a 20-year-old Portman flirted with him in his dressing room when he was 33. He alleged that the two then began casually dating. Portman, now 37, characterized their relationship much differently in an interview with Harper’s Bazaar, defining it as “a much older man being creepy with me when I just had graduated high school.”

Moby would eventually apologize to Portman in an Instagram post, saying: “As some time has passed I’ve realized that many of the criticisms leveled at me regarding my inclusion of Natalie in ‘Then It Fell Apart’ are very valid,” he wrote. “I also fully recognize that it was truly inconsiderate of me to not let her know about her inclusion in the book beforehand, and equally inconsiderate for me to not fully respect her reaction.”

It has recently been revealed that Moby is canceling the UK portion of his book tour in light of the controversy.

According to his official site:

“Moby canceling all upcoming public appearances for the foreseeable future,” a notice on his site reads. “We (apologize) for any inconvenience this may cause. All tickets will be refunded at the point of purchase, and Moby is happy to provide signed bookplates to everyone who bought tickets to these events.”

I’m going to go away for awhile.
But before I do I want to apologize again, and to say clearly that all of this has been my own fault.
I am the one who released the book without showing it to the people I wrote about. I’m the one who posted defensively and arrogantly. I’m the one who behaved inconsiderately and disrespectfully, both in 2019 and in 1999.
There is obviously no one else to blame but me.
Thank you, and I’m sorry.
Moby