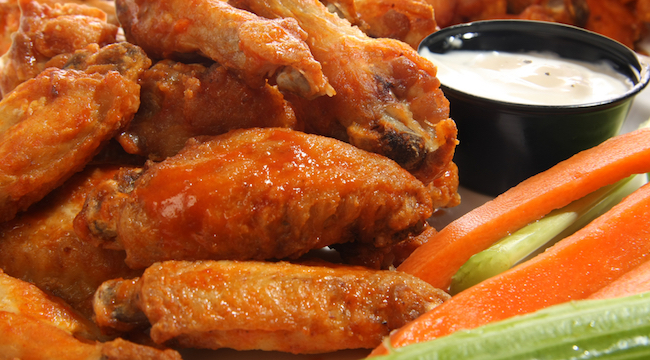 Up Early And Ready To Have Fun At The Wing Bowl! WOOOOO! pic.twitter.com/zT4jG78eK0

The Eagles have only been in the Super Bowl once since the competitive eating event began in 1993. With the Philadelphia in Super Bowl LII, there was plenty of Eagles pride on display at the Wing Bowl, including a chant of “Fly, Eagles, Fly.”

Then came the wing-eating competition and an unlikely champion tore apart the competition. Molly Schuyler, a 127-pound mother of four, ate up the wings and the competition. Molly destroyed her fellow competitive eaters and won the 2018 Wing Bowl. Molly ate a record 501 wings… in only 30 minutes. The second-place eater was Dave Tiger “Wings & Things” Brunelli, who only ate a measly 396 wings.

Ever have 500 wings in 30 minutes for breakfast? 👀 pic.twitter.com/9glTAHPPa1

Molly obliterated the previous record of 444 wings which was set in 2015. Schuyler defeated dozens of competitive eaters in the initial 14-minute round, a second 14-minute round for winners, and a final two-minute speed round. Schuyler is a prolific Wing Bowl competitor and she won Wing Bowl 24 and Wing Bowl 22. She didn’t compete in Wing Bowl 25, and competed in a different wing-eating event against an eater named El Wingador. Schuyler takes home the Wing Bowl 26 championship ring, a 2018 Hyundai Sonata, and $5,000 in cash.