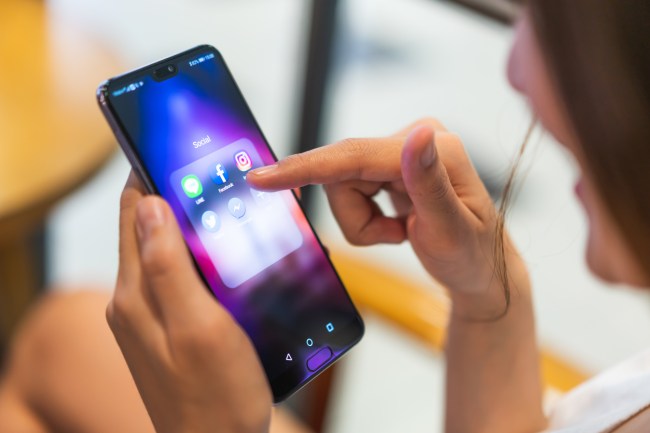 It’s midway through Monday and my blood has yet to boil from something asinine I’ve seen on the internet. I was just about to start dancing before the endzone when I was smacked in the face by something so self-indulgent, so infuriating, that I may have to take the rest of the week off.

It came from Katie Bower, a mommy blogger based in Atlanta, Georgia that has over 52,000 Instagram followers by parading her children out on social media for attention. This concept is becoming increasingly standard with new mothers who think their children can turn titty milk into wine, but Bower has taken the vanity to new heights. On her son’s sixth birthday, no less.

Katie took to Instagram to wish her son the happiest of birthday’s in the oddest way conceivable–by roundabout shaming him for not pulling in likes and comments on the pictures she posts of him.

A screenshot of the caption was obtained by Buzzfeed’s Stephanie McNeal and has since gone viral.

Omg this Instagram mommy blogger is celebrating her sons bday by writing about how out of all her kids, he “statistically” performs the worse on her Instagram. And she’s worried one day it will ruin his self esteem 👀💀 pic.twitter.com/QpFfJwDOab

Buckle up my friends.

Guys I am gonna be perfectly honest…Instagram never liked my Munchkin and it killed me inside. His photos never got as many likes. Never got comments. From a statistical point of view, he wasn’t as popular with everyone out there. Maybe part of that was just the pictures never hit the algorithm right. Part might be because he was “the baby” for a very short amount of time before LJ came along…and then Max and then Ella. And people like babies. I say all that because I want to believe that it wasn’t him..that it was on me. My insufficiency caused this statistical deficit because obviously my Munch should get ALL the love and squinty eyes are totally adorable. so can we do this right? Because I truly KNOW that my Munch deserves alllll the likes…whether or not a stranger gives it to them. And on his sixth birthday, I am thankful that I know that…that no matter what other people think about me or my kids or my marriage or my house or my life or my everything…that they are 100000000000x better in real life than any tiny little picture could hold.

p.s. I want to clarify that I revealed this feeling because I know one day he will see the numbers and know that his value is not in online approval. This is a hard lesson for anyone to learn and I’m thankful I have learned it. I hope you all can be understanding and not take things out of context or believe that this in any way affects how I see or treat my children. All comments and well wishes I read to the birthday boy!

Are you dumber? If you answered no, please read it again, if you still possess the ability to read.

If you still answered ‘no,’ I ought to remind you that Katie made headlines last month for NOT KNOWING UNTIL A YEAR AFTER 9/11 THAT PEOPLE DIED IN THE TWIN TOWERS BECAUSE SHE WAS ‘BUSY’ LIVING IN A COLLEGE ‘BUBBLE.’

THIS IS NOT A DRILL AND NOW I AM ANGRY.

Damnit, I need to get a job in construction or something so I don’t need to know that there are people like this out there.