Mom Films 6-Year-Old Daughter, Has No Idea She’s Being Circled By A Shark: ‘My Soul Left My Body’ 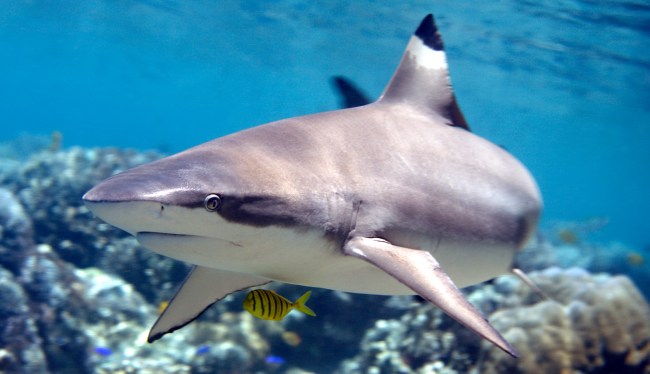 A mom was filming her 6-year-old daughter playing in the waves on a beach in Hawaii when her daughter noticed she was being circled by a shark.

The mom, Sheri Gouveia, says she and her daughter Anela Rezentes were at Kalama Beach in Kailua, a place they frequently hang out, when the unexpected shark encounter occurred.

“I was recording her being silly prior to that happening then all of a sudden she started darting out of the water and told me,” Gouveia told KITV News.

“My soul left my body,” Anela told KHON News, which is a really wild thing for a 6-year-old to say.

“I saw a shark,” she continued. “I didn’t notice he was behind my back. So I really wanted to run out. I was really scared.”

Sheri added, “By the time she came out of the water, she was hysterical. I was like oh my gosh. So I ran up, but I was looking for it but couldn’t see it. I didn’t realize it was actually a shark. That’s what shocked me.”

KITV News reports that a Aman that was in the water nearby also noticed the shark, but apparently did nothing.

“Never ever has something like this happened before. She’s pretty much here every other weekend. I guess there really are angels watching over my angel,” Gouveia told KOHN News.

Shark experts who viewed the video believe said they believe it was a blacktip shark and that Anela was probably not in any danger.

Right. Go put your 6-year-old in a pool of water with a blacktip shark then, experts, and we’ll believe you. Wikipedia says that while blacktip sharks are normally “wary of humans” they” can become aggressive in the presence of food and have been responsible for a number of attacks on people.”

They also said the best thing to do in a situation such as this is to get out of the water. No sh-t.

Check out video of the girl’s shark encounter below…