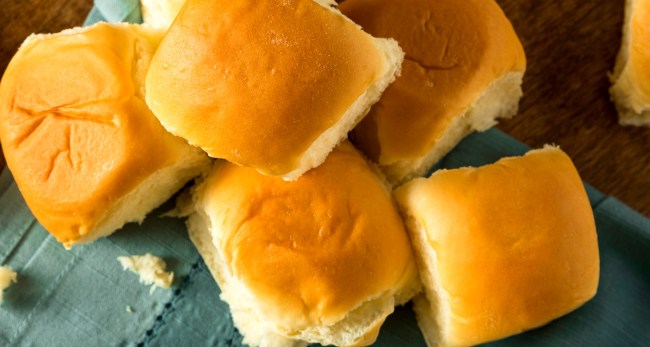 Robert Galinsky, a Yonkers, New York resident, has filed a lawsuit against King’s Hawaiian Bakery because their sweet rolls are not actually made in Hawaii. Seriously.

King’s Hawaiian, a family-owned business founded by Robert Taira in Hilo, Hawaii and now based in Los Angeles, is somehow the defendent in a class action lawsuit over this issue.

Galinsky, after purchasing a pack of King’s Hawaiian sweet rolls from his local Stop and Shop, says he is suing because the packaging on the Hawaiian Rolls which prominently displays “Hilo, Hawaii” on it is essentially false advertising.

According to Hawaii News Now…

In the class action lawsuit, Robert Galinsky, the plaintiff, said the back label notes that the popular bread product is manufactured in Torrance, Calif. But Galinsky said the front packaging prominently features “Hilo, Hawaii,” leading people to believe that the bread is actually from there.

Galinsky said in the lawsuit that King’s Hawaiian “is the leading seller of Hawaiian Rolls and essentially invented this category of food.”

He lists other lawsuits that King’s Hawaiian Holding Company filed against competitors to prevent the marketing of “Hawaiian Rolls.”

It continues, “Reasonable consumers understand that the term ‘Hawaiian Rolls’ by itself, does not denote a roll made in Hawaii any more than a ‘Moon Pie’ can claim to have been baked on the moon.”

Galinsky’s suit also added, King’s Hawaiian’s “fraudulent intent is evinced by its failure to accurately identify the Product’s immediate place of origin — where it’s made — as opposed to where the company is originally from — when it knew doing so would misled consumers.”

Welcome to 2021. Next thing you know someone will be suing companies who make french fries because they aren’t manufactured in France.