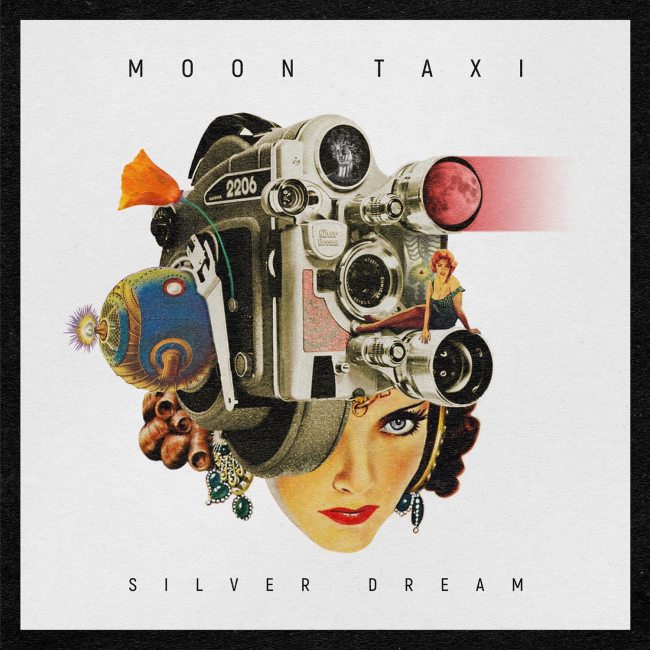 Moon Taxi is an indie-rock staple throughout the Southeast for years now, growing its audience around the globe with an anthemic sound that makes for incredible live shows. What makes the five-piece group so interesting is how they balance the rock-and-roll sound with enough pop elements to reach across genres. Lead singer Trevor Terndrup has a distinct voice that is unmatched in music and the creativity amongst lead guitarist Spencer Thompson, keyboardist Wes Bailey, bassist Tommy Putnam and drummer Tyler Ritter allows them each to shine in their own intricacies.

The Nashville-based group released its sixth full-length album Silver Dream on Friday and it’s chalk-full of bangers. After a difficult year, the album may seem all too timely with its uplifting positivity, but that comes as coincidence, as it was wrapped before midnight on Jan. 1 of 2020. Either way, the part-indie, part-prog rock, part-pop band leans more toward the third part of the equation with this set of tracks, but it wails just the same.

‘Palm Of Your Hand’ bats leadoff and opens things with a fun, bouncy guitar line and snappy beat that leads seamlessly into a fun, up-and-down chorus. It sets the tone right out of the gate and immediately lets you know that you’re in store for a fun time. ‘Light Up’ is the second track and is pure positivity, picking you up from wherever you are in your day. Down in the dumps? Good things are coming. Already feeling good? Feel even better. Get ready to light up!

The third track on the album is one for which you may already be familiar. ‘Hometown Heroes’ dropped in March and quickly became an anthem for frontline workers fighting COVID-19. It is now in a promo for American Idol. This has proved to be a smash single thus far, and it was purely coincidental that the lyrics became such a powerful message for the happenings around the country. They even linked up with country artist Jimmie Allen to re-release it later in 2020. Moon Taxi, as Music City stars, played the song prior to the Tennessee Titans’ Wild Card game along with the soon-to-be hit ‘Say.’ It is the eighth song on the album and encompasses the band’s anthemic sound to the fullest.

My favorite track is either right off the top, ‘Above The Water’ or ‘Keep It Together.’ The latter makes me long for live music more than I already do, which is a lot. Imagine it in a big festival setting with all of your best friends. That’s what they do best.

‘Above The Water’ feels like the most “like their old stuff” to me. Moon Taxi has self-admittedly leaned further into the pop side of their sound as time has gone on and that is true. That doesn’t mean it isn’t good, but it’s nice to have a smattering of the classic feel.

If you have not heard the band prior to this article, this is the part where you go to your streaming service of choice and go listen to River Water and Morocco.

If you think you’ve heard ‘One Step Away’ or ‘Say’ before, you probably have. They’re two hugely marketable tracks and are created with that in mind. But marketable isn’t a bad thing when the musicality is still there. The former was chosen as the SEC Network’s college football anthem and ‘Say’ is being used in CBS News’ Image Campaign. They didn’t sacrifice their DNA for either track and that’s cool.

All in all, Silver Dream is a good listen. If you go in with the mindset that you’ve been a fan before they hit it big, it might let you down. It’s different, it’s going to be played in the mainstream, and it has a heavier pop influence than ever before. With that it mind, it’s about what they do with it, and Moon Taxi doesn’t lose who they are in the process. It’s a good listen that will leave you with a positive outlook on the day, and it will be even better when we can gather the masses to jam out together.

This is Moon Taxi’s first album after signing with BMG, but it was finished in December of 2019, prior to the record deal. Their last album dropped with RCA in 2018. To celebrate the release of Silver Dream, the band is playing a live concert at the Brooklyn Bowl in Nashville on Friday at 9:00 p.m. EST that will give you a taste of how it’s going to sound when we’re all back together again.

It is a free stream, but donations will be accepted to Crew Nation, a relief fund set up to help music crews who can’t tour and are out of work right now. Live Nation is going to double the number up to $10 million.