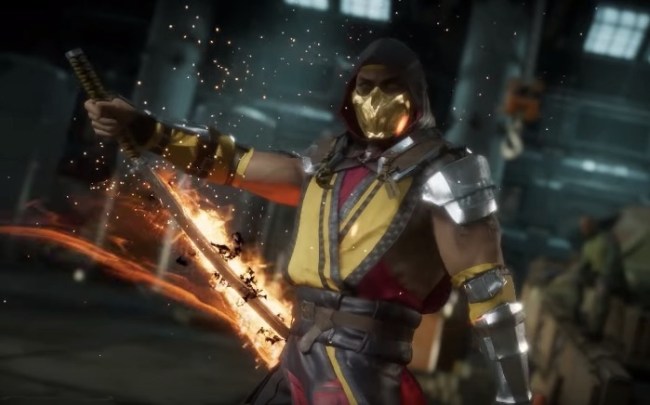 It’s Mortal Kombat season, bros. The new trailer for Mortal Kombat 11 just dropped and it’s quite possibly the most violent video game trailer I’ve ever seen and I mean that in the best of ways.

The game officially drops on April 23. The trailer’s only been out for a few hours and Under Armour’s already debuted six pairs of limited-edition shoes. Meanwhile, the entire Internet seems to be losing their collective shit over how violent this trailer is, myself included.

This is the first look at gameplay in Mortal Kombat 11 but they’ve already released several additional trailers (below) including one for the fatalities, prologue, and a behind-the-scenes look. Let’s check ’em out:

So what’s the story behind the game here? You can watch the prologue (clip below) but here’s a rundown from Gamespot:

In the prologue, Raiden is wearing Shinnok’s amulet as he tortures the captured Elder God. Shinnok arrogantly reminds Raiden that an Elder God can’t be killed, so the Earthrealm defender simply cuts off his victim’s head while reminding it that there are fates worse than death. The prologue ends with Shinnok’s still-living head being approached by Kronika, the first female boss character in the franchise’s history and who we first saw during the Game Awards 2018. (via)

Here’s that prologue trailer in case you want to watch it instead of just reading about it.

Got time for one more? Of course, you do. Here’s the behind-the-scenes look from Mortal Kombat. Again, this game comes out on April 23 so we’ve got a bunch of time between now and then for more gameplay and bloody clips to be released. The hype is real with this one.

My interest is piqued. The only game I’ve been playing for months is FIFA 19 from EA Sports and I think it might be time to hone my Mortal Kombat skills.