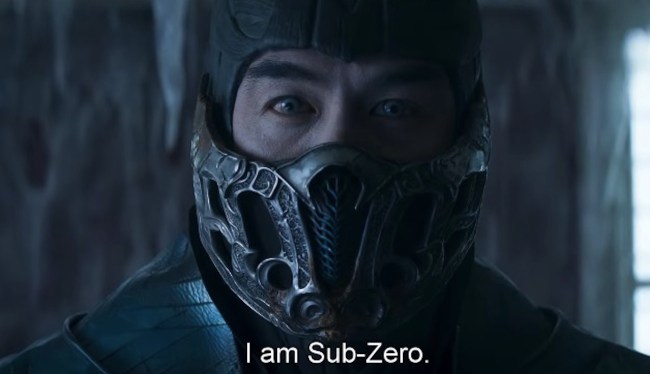 As the Summer months approach, the return of movie theaters is now well and truly underway, as the last few weeks have seen the release of various films that proves things are finally returning to normal.

Coming off the back of the (pandemic) record-breaking Godzilla vs. Kong and the Bob Odenkirk-starring suburban John Wick homage Nobody, this weekend sees the release of the new Mortal Kombat film, which hit theaters and HBO Max on Friday, April 23.

Based on the reactions from fans and critics who’ve seen the movie, if you’re hoping for excellent action scenes filled with insane gore, then Mortal Kombat won’t leave you disappointed.

Mortal Kombat is a bloody & violent extravaganza that delivers exactly what it promises. Each fight scene is spectacular & uniquely choreographed to stand out from the next. If you are a fan of over the top action movies, you are going to have an absolute blast with #MortalKombat pic.twitter.com/go6b0NOlxu

LOVED IT. Such a fun ride from start to finish. Kano was obviously the highlight but honestly every character had me cheering whenever they showed up. Give me all the sequels, Warner Bros. ALL OF THEM!! #MortalKombat pic.twitter.com/qO4Tm7eNCs

I loved #MortalKombat and hope it makes a bajillion dollars and turns into a 60-movie franchise. pic.twitter.com/5A8mHGs0aS

So…just gonna throw this out there but I would like to see The Miz as Johnny Cage in the #MortalKombat sequel. pic.twitter.com/vAKmTOJMw2

That #MortalKombatMovie was something! I was throwing my hands up & screaming along the entire time. What a ride! I’ll be watching it again for sure & really hope you can get out to theaters to see it or stream it this weekend. #MortalKombat

#MortalKombat has some excellent fight scenes as advertised, but I think I prefer the winking B-Movie sensibilities of the original or the deliberately grounded nature of the concept trailer from 10 years ago. pic.twitter.com/wurlKYzic2

Me catching all the references in #MortalKombat pic.twitter.com/XBu4CP2qlw

In Mortal Kombat, MMA fighter Cole Young, accustomed to taking a beating for money, is unaware of his heritage—or why Outworld’s Emperor Shang Tsung has sent his best warrior, Sub-Zero, an otherworldly Cryomancer, to hunt Cole down. Fearing for his family’s safety, Cole goes in search of Sonya Blade at the direction of Jax, a Special Forces Major who bears the same strange dragon marking Cole was born with. Soon, he finds himself at the temple of Lord Raiden, an Elder God and the protector of Earthrealm, who grants sanctuary to those who bear the mark. Here, Cole trains with experienced warriors Liu Kang, Kung Lao and rogue mercenary Kano, as he prepares to stand with Earth’s greatest champions against the enemies of Outworld in a high stakes battle for the universe. But will Cole be pushed hard enough to unlock his arcana—the immense power from within his soul—in time to save not only his family, but to stop Outworld once and for all?