From Bruises To Broken Bones, These Are The Most Common Drinking-Related Injuries 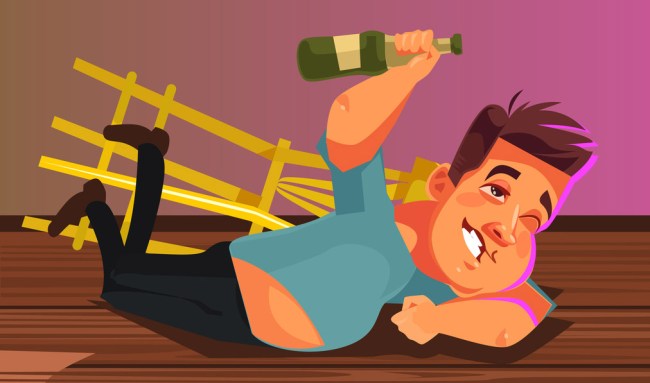 While most drinking injuries tend to minor bruises or cuts, there are some people out there that use liquid courage to live life on the wild side. I know, crazy, right? Hard to imagine alcohol causing someone to suddenly become a daredevil. Especially considering, on average, Americans consume 1.4 drinks per day, 9.5 drinks per week, and 494 drinks per year.

Anyhoo, with these thoughts in mind, the team over at Injury Claim Coach decided that they wanted to know more, so they asked 1,003 Americans to tell them about the stories of cuts, bruises, and fractures, as well as tales of birthdays, bachelor parties, and other tumbles they’ve taken while drinking. Go figure, but these people had a lot to tell.

A quick look at their findings show…
• Unlike millennials and baby boomers, Gen X women initiate more fights while drinking than men.
• Republicans were the first ones to swing a punch when drinking, followed by Independents and Democrats.
• The average injury occurs after consuming 6.5 drinks for women and 8.5 drinks for men.
• Arms and legs made the top three for most-injured body parts among tipsy folks from both genders.
• Twenty percent of broken bones occurred while celebrating New Year’s Eve.

Beer, America’s favorite booze, was the culprit behind 58 percent of these reported alcohol-related injuries, which, according to the stats, most likely ended up being some kind of bruise obtained at house party. 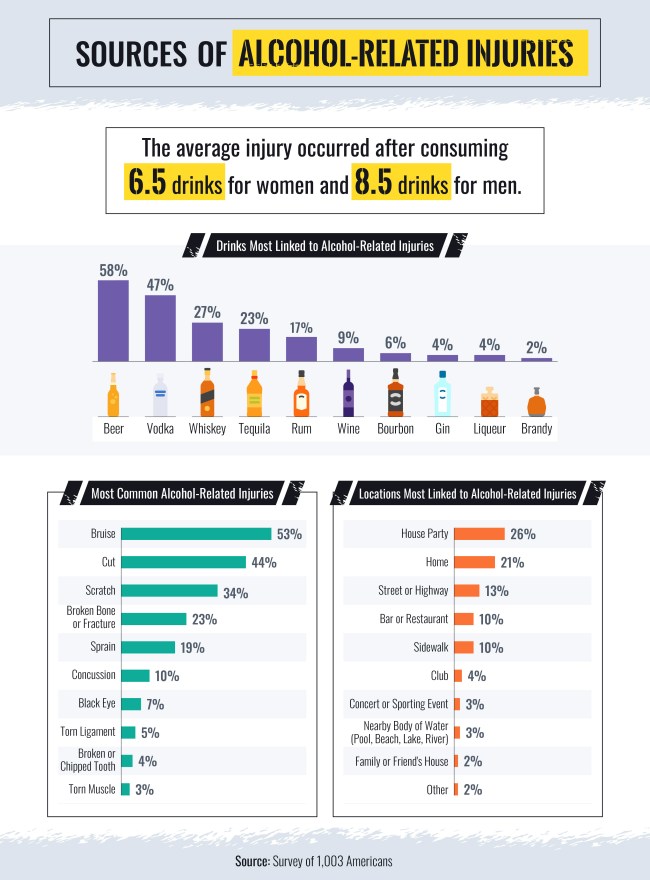 However, women reported that most of their drinking incidents occured while chugging vodka in their own home. 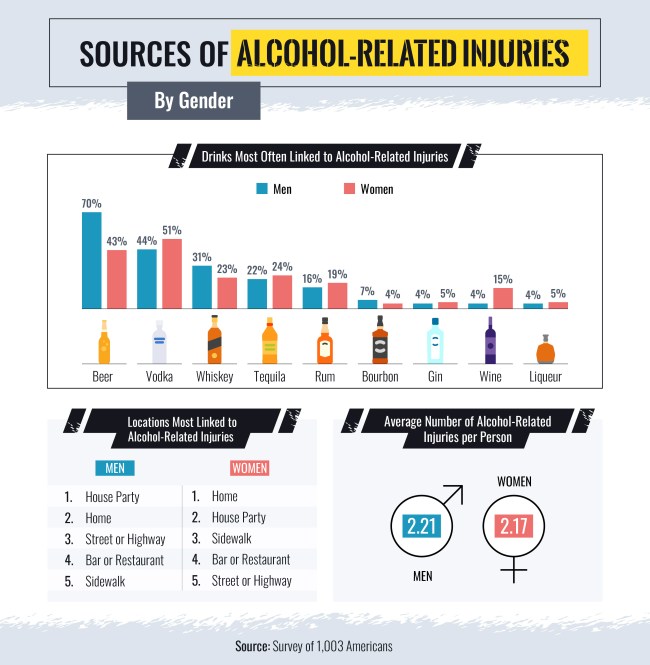 It also turns out that the riskiest events (outside of just a plain old regular day of drinking), where people actually broke bones, were birthday parties. The most likely culprits? Beer, vodka, and whiskey. 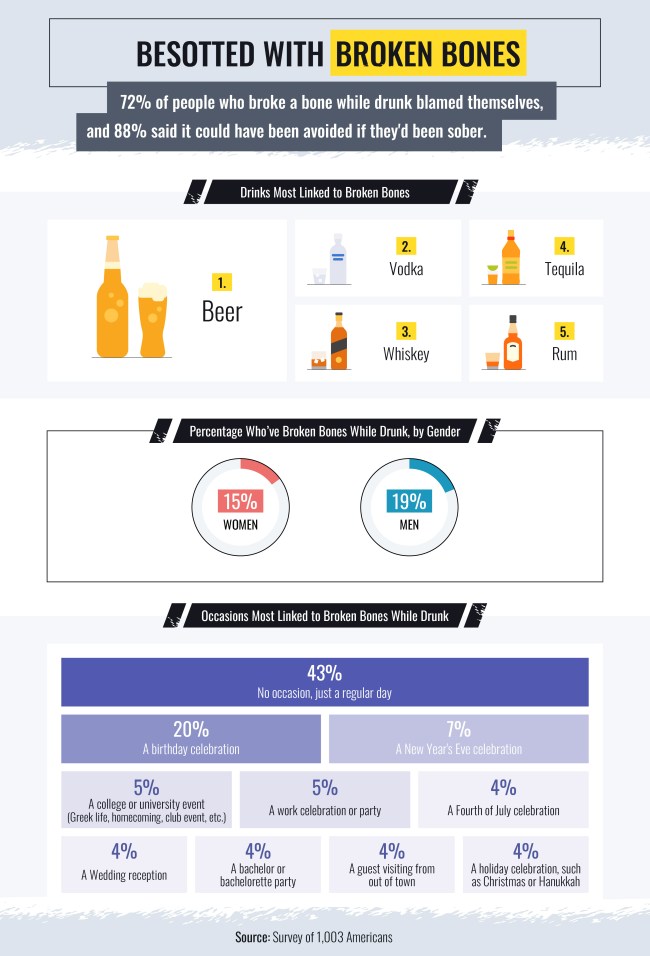 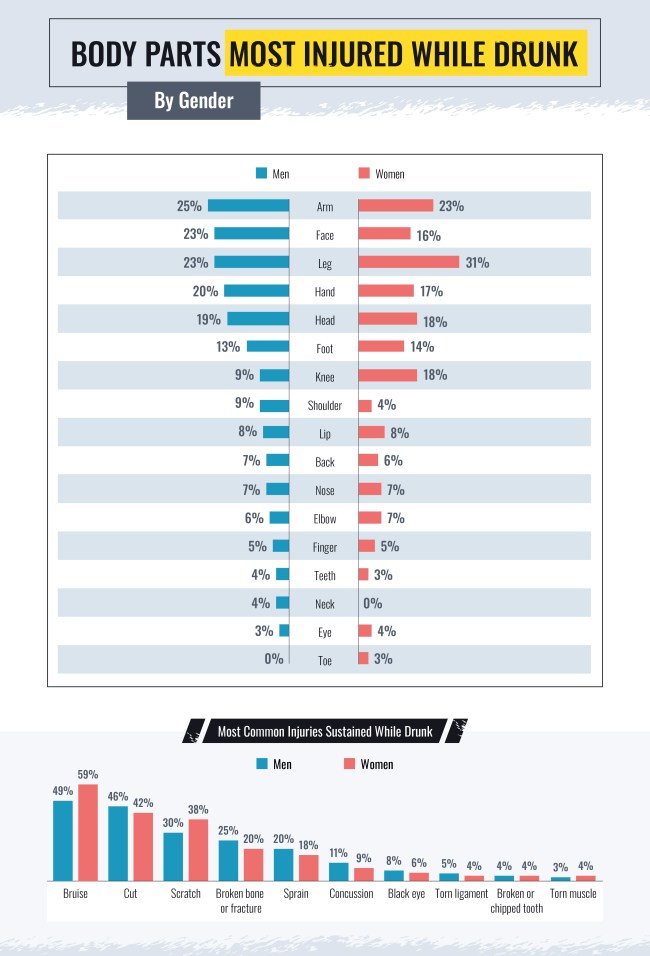 Here’s a shocking statistic: 23 percent of the respondents had initiated a drunken fight at one point or another. And 23 percent of those people said they have since forgotten (or perhaps never knew) why they started the fight in the first place. 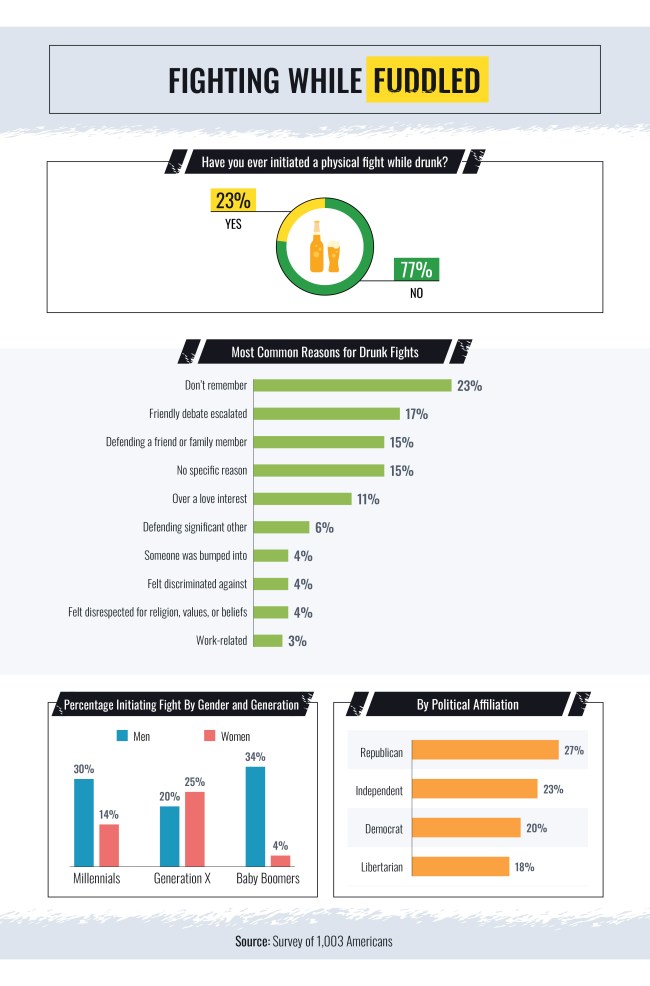 Another shocking stat? Alcohol-related injuries peak aggressively at age 22 — the age when binge-drinking is most prevalent (and twice as common among men compared to women). 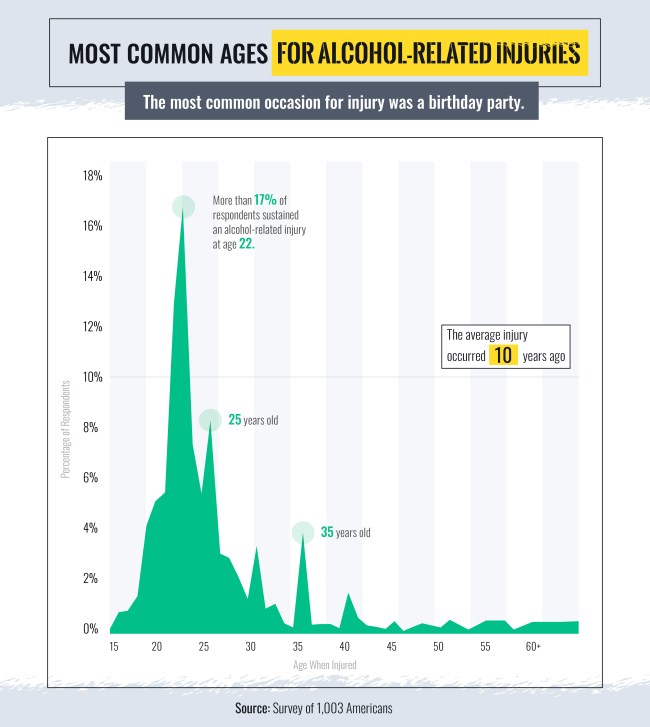