124-Year-Old Shot Of Cognac Sets World Record For Most Expensive Cognac Shot Ever At $14,000+ 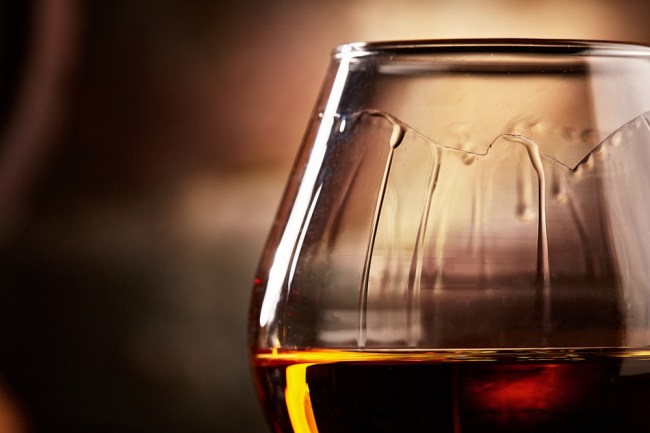 A 124-year-old shot of cognac just set a new Guinness World Record for being the most expensive shot of cognac ever sold when a person forked over $14,158 (£10,014) at the Hyde Kensington bar in London last Wednesday. Just let that sink in for a moment…Someone spent over $14,000 on a single shot of cognac, not even the whole bottle.

The cognac is a very rare blend and only 67 bottles of Rome de Bellegarde cognac were ever created. They date all the way back to 1894 when they were blended by Jean Filloux and it’s believed to be the first ever blend created by the legendary Jean Filloux. The Rome de Bellegarde cognac is made from a unique blend of four eaux-de-vie spirits and each blend has been housed in a French crystal bottle. The 67 bottles of Rome de Bellegarde were unearthed by 5th generation cellar master Pascal Filloux and the bottles were discovered back in 2004 but nobody tasted them until last week.

Ranjeeta Dutt McGroarty, founder/director of Trinity Natural Gas, was the first person to order a shot of the Rome de Bellegarde cognac last week when he forked over $14,158 for a single shot at the Hyde Kensington in London. The previous Guinness World Record for ‘most expensive shot of cognac’ came back in 2016 when a shot of Croizet Cognac ‘Cuvée Leonie’ 1858 sold for $8,665 at the InterContinental Hong Kong.

Can you imagine spending $140 on a shot? What about $1,400? Would you ever spend more than $1,000 on a bottle of anything that wasn’t an investment? I can envision a world where I spend a small fortune on a bottle I either 1) never open and then sell in 40 years at a massive profit or 2) open on the most special of occasions at some point far in the future (kid gets into Princeton or something like that).

This has already been entered into the Guinness World Record books and if you’d like to see photographs of the world’s most expensive shot you can follow that link below to see pictures over on Metro.