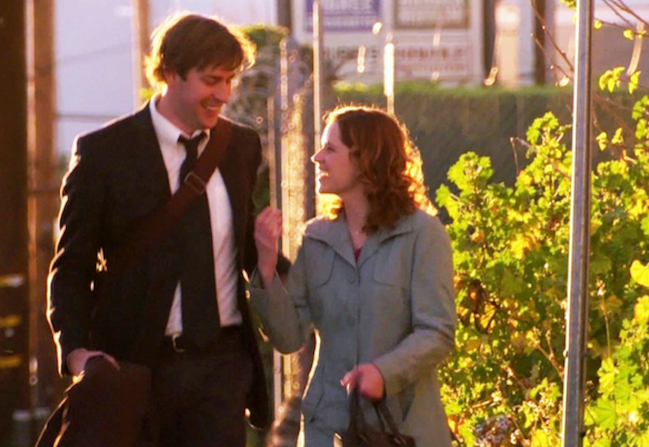 Today, Thursday, May 27, 2021 — Happy Memorial Day Weekend, everyone! — is actually the day that the Friends reunion hit HBO Max, otherwise known as just the latest piece of evidence that you and I are getting old, my friend. I surely hope I’m not the first one to break it to you. I actually remember watching Friends in the early 2000s and fantasizing about living that sort of lifestyle. Now, here I am living that very life: late 20s, New York City, etc. What a trip. Time, as they say, flies when you’re having fun.

There’s going to come a time, surely, when Peacock or whatever rolls out a The Office reunion, and at that point, you may as well sign me up for AARP. In fact, we’ve sort of already hit the “Hey, remember how great The Office was?” cycle of pop-cultural discourse, as two of the series’ stars, Jenna Fischer (Pam) and Angela Kinsey (you guessed it — Angela!) currently host their own Office retrospective podcast, Office Ladies.

During their most recent episode, Fischer revealed that Jim’s gas station proposal to Pam was actually the single-most expensive scene the series ever made, costing a quarter of a million dollars. Despite the price tag, though the scene itself was just 52 seconds long.

“So first of all, I just want you guys to know that [showrunner] Greg [Daniels] spoke with us about this. He said that he really wanted Jim’s proposal to Pam to be in the season premiere. He thought, number one — that would be unexpected. You usually end seasons with proposals,” Fischer said.

“He said he also wanted to throw people off by having it in a very ordinary location. So, he wanted [it] to feel special, but he also wanted it to feel like Jim made the decision without a whole lot of planning,” she said.

“The self-serve locale was based on ones the showrunner saw as a child, but instead of using something already in existence, the team behind the show built their own gas station set in nine days ‘in the parking lot of a Best Buy.’ In the end, this was the single most expensive scene ever shot in the entire run of the show. It lasts 52 seconds, and it cost $250,000.” [via Office Ladies]

To be honest, I’m surprised proposing to your girl at a gas station — “Pullin’ A Jim Halpert” — hasn’t become a trend on social media by now.

All nine seasons of ‘The Office’ are currently streaming on Peacock.

RELATED: The Guy Who Played Kevin On ‘The Office’ Raked In Over $1 Million Making Cameo Videos This Year