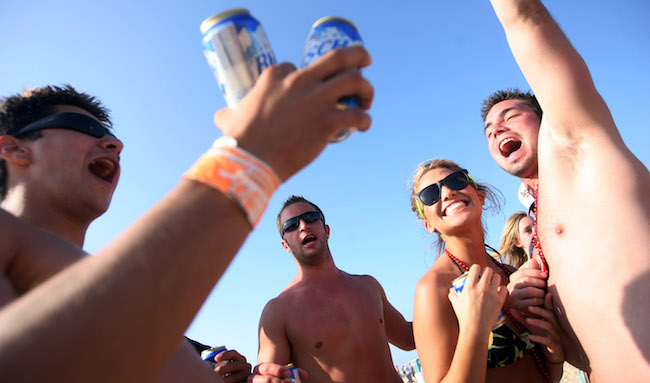 Every year, a countless number of people flock to airport bars across the country to get a buzz they’ll try to maintain for an entire week while celebrating the hallowed tradition known as “spring break.” There are a wide variety of destinations for people to choose from, but the most popular locales traditionally feature a balmy climate and incredibly relaxed open container laws.

Travel company Allianz Global Assitance combed through the data to see where Americans of all ages are planning on traveling to when they get some time off over the next couple of months, and the list is filled with all of the usual suspects— with one notable exception:

Ah yes, Phoenix, the land of zero beaches and noted attractions like a three-hour drive to the Grand Canyon and… let’s see… the Desert Botanical Garden and… a museum dedicated to musical instruments. What else can you ask for?

Look, I can see the appeal of getting to experience the Southwest during a time of year when you don’t have to deal with temperatures that’ll give you an idea of what it’s like to spend an eternity in hell, but I can’t figure out why it’s the second-most popular place to go when you consider literally all of the other options.

If you’re curious, here’s a full list of the most popular destinations outside of America: