Mount St. Helens, Site Of ‘Deadliest’ Volcanic Event In US History, Will Erupt Again In Our Lifetime, Say Scientists 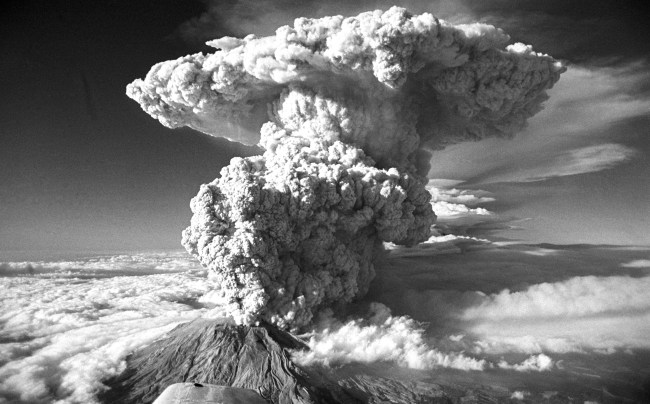 Forty years ago, on May 18, 1980, Mount St. Helens, a volcano located less than 100 miles from both Portland and Seattle, erupted causing the largest known debris avalanche in recorded history, destroying over 230 square miles of forest in a matter of minutes and killing 57 people.

Property damage was estimated to be around $1.1 billion after the volcano spewed ash over 11 different states and five Canadian provinces.

The National Oceanic and Atmospheric Administration called the Mount St. Helens event “the deadliest and most economically destructive volcanic event in the history of the United States.”

The eruption, which was accompanied by a magnitude 5.1 earthquake, was so violent that it knocked 1,300 feet off the top of the volcano, lowering its peak elevation from 9,677 feet down to approximately 8,300 feet. 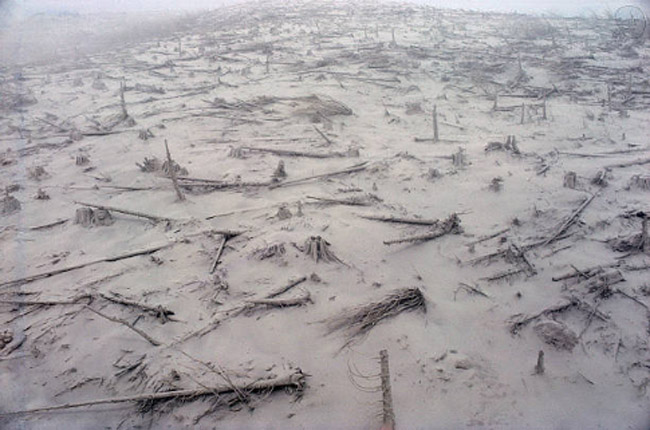 And according to United States Geological Survey scientists, it’s going to happen again in the not so distant future.

“We know that Mount St. Helens is the volcano in the Cascades most likely to erupt again in our lifetimes,” states the United States Geological Survey.

“The exact timing and magnitude of the next eruption cannot be forecast decades in advance, but an actively growing scientific knowledgebase and continued monitoring will enable the USGS to provide short- term forecasts and warnings in advance, as in 1980 and 2004.”

“I can put myself back there, that picture of us on the bluff looking over the Columbia River Gorge,” recalled local resident Carmen R. Andrews. “It was so quiet, just eerie. It feels like we were in Land of the Lost.”

Rich Marriott, a former meteorologist for the Forest Service Avalanche Center, told King 5 News, “The blast from the Mount St. Helens eruption scorched the surrounding landscape for nearly 20 miles. The direct blast obliterated everything for a distance of eight miles.”

Marriott flew to the volcano after it erupted in 1980 for King 5 News and said, “It seemed like we were flying into hell, not somewhere in the Cascades.”

In 2018, Mount St. Helens experienced 40 earthquakes with the most powerful earthquake being a magnitude 3.9.

Back then, officials said there was nothing to worry about, yet a year later, the New York Times ran an article titled “We’re Barely Listening to the U.S.’s Most Dangerous Volcanoes.”

So it’s not a matter of “if” a volcano like Mount St. Helens erupts again, but rather a matter of “when.” Buckle up.