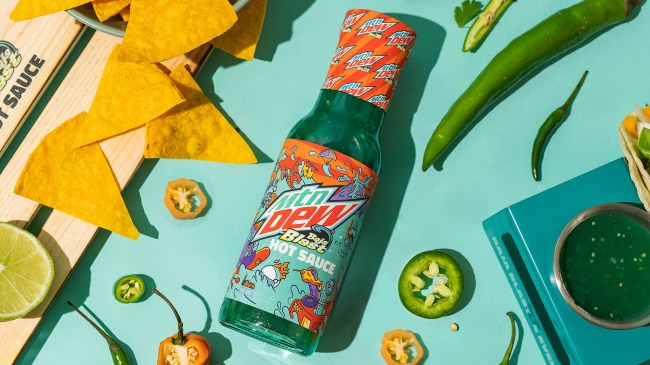 It’s hard to imagine the duo who dreamed up the original formula for Mountain Dew while trying to concoct a new mixer for whiskey could’ve ever anticipated how much it would evolve since the first batch was whipped up in 1940.

After all, we’re talking about a brand that’s seemingly drawn inspiration from the scientists in Jurassic Park on multiple occasions; unleashing a variation inspired by fruitcake on an unsuspecting world can only be the end result of being so preoccupied with whether or not you can do something that you fail to stop and think if you should.

That flavor may have been a limited release, but the Mountain Dew portfolio is also home to a number of more established spinoffs that have earned a special place in the heart of the soda’s diehard fans.

It’s hard to think of a single variety that has attracted a more loyal legion of followers than Baja Blast, which landed with a splash at Taco Bell close to 20 years ago. That beloved flavor was the highlight of the Hard MTN Dew lineup that dropped last year, and it’s now served as the inspiration for another somewhat unconventional pivot.

On Thursday, Mountain Dew revealed it has teamed up with iBurn for a limited-edition run of Baja Blast hot sauce that takes the tropical lime fans know and love to the next level with the help of the green chiles and habanero and jalapeño peppers that were used to craft the new creation. 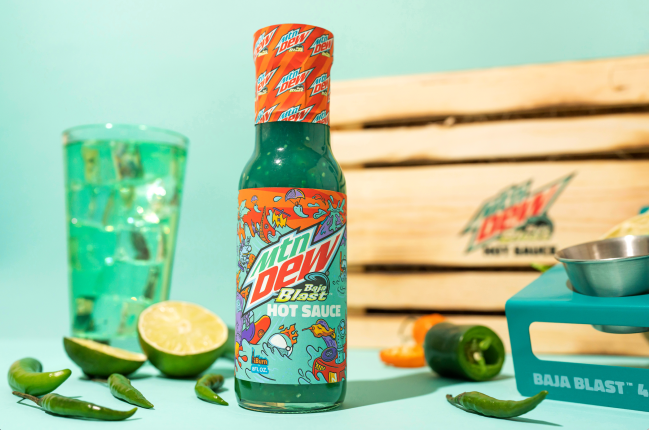 This isn’t the first time Mountain Dew has dipped its toes into a spicy space. The brand previously released a surprisingly tasty Flamin’ Hot flavor and linked up with Joel Embiid for another hot sauce back in 2020.

There are only 750 bottles to go around, and while you won’t have to pay a single cent to get one, you will have to cross your fingers and hope you’re one of the lucky people who earn the right to have one shipped to your door in the giveaway you can enter here.

I’d wish you the best of luck, but I don’t want to put out positive karma into the universe that could ultimately prevent me from getting a bottle for myself.