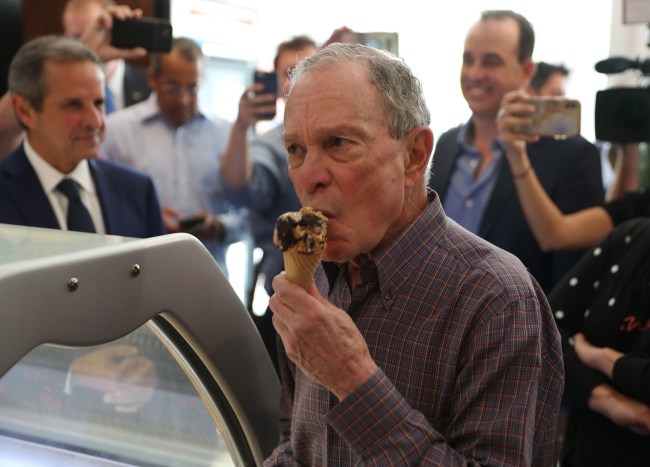 Michael Bloomberg spent $500 million on advertisements to put himself in a position to change the world and we’ve convinced ourselves to be mad about it.

Bloomberg didn’t spend a half billion on an Epstein island, he spent in attempt to be the change the same people criticizing him are begging for. Also, five hundred million dollars to Michael Bloomberg is a Chipotle burrito with no guac to the average human. A Big Baller Brand shoelace. Three Clinton sexual assault settlements. A $58 billion net worth is a burden. Let the man purge.

MSNBC's Brian Williams and NYT edit board member Mara Gay do the math and conclude that, yes, blue check journalist Mekita Rivas is right, with the $500 million Bloomberg spent on ads he could have given $1 million to every American.

Keep in mind this take bounced off the fingers of a respected journalist.

And how it was validated on a real life news outlet.

how did this end up on tv? pic.twitter.com/xUYIOChhKv

You can’t script this shit. This is why SNL ain’t funny anymore. You can’t effectively make fun of something that’s already made fun of itself. God Bless America.

President Trump mocks Mike Bloomberg at CPAC and brings down the house😂 pic.twitter.com/4x3hOxQoUH