Italy’s Mt. Etna Volcano Is Spewing Lava And Lighting The Sky Up A Menacing Red 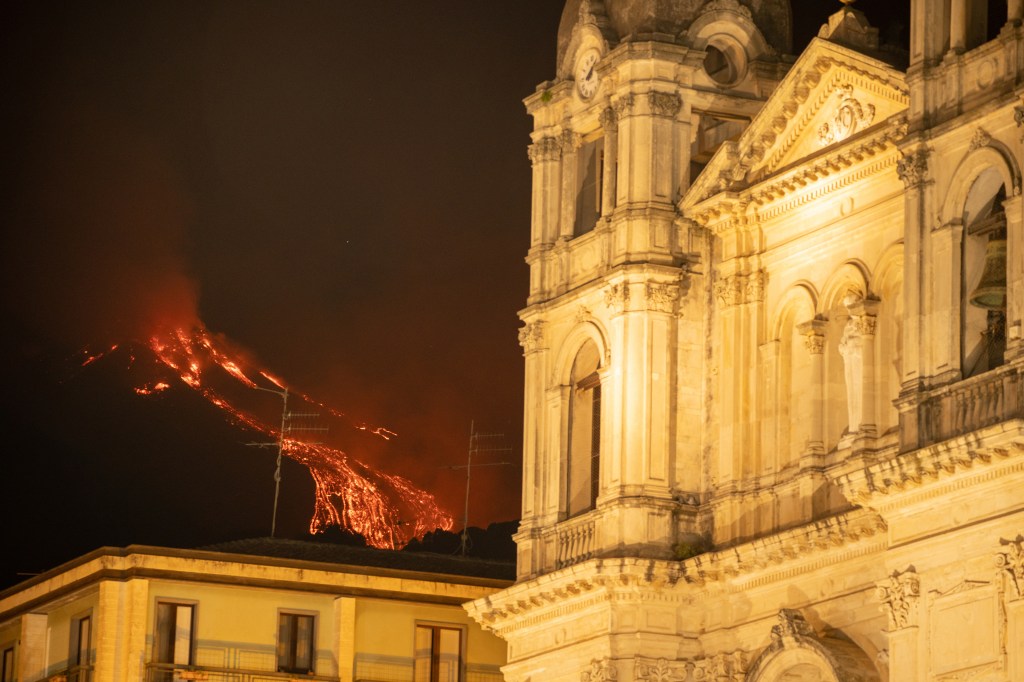 Italy’s Mount Etna is once again erupting lava. I’ve never been fortunate enough to see the Mt. Etna volcano in person because, sadly and embarrassingly, I’ve never been to Italy before. I’ve been to Europe many times and Italy is seriously #1 on my list of countries I want to visit the most but somehow the timing hasn’t worked out yet and I’ve yet to take my imagined trip up the Amalfi Coast.

The mountain is angry once again and it’s spewing lava into the night which is lighting up the area an ominous red hue from the lava. The footage is mesmerizing. Here are a few clips from YouTube of this latest eruption:

This was yesterday. It looks like a nuclear war zone.

A post shared by US Naval Forces Europe-Africa (@usnavyeuropeafrica)

Eruptions can last anywhere from a day to multiple months. It’s pretty rare for an eruption to only last a day. 53% of all eruptions are over within 2 months.

This particular eruption (paroxysm = lava-fountaining episode) kicked off on Tuesday and there’s since been another spectacular burst of fire. The odds suggest this will continue for a while before Mt. Etna cools off and Sicilian life returns to its peaceful ways.