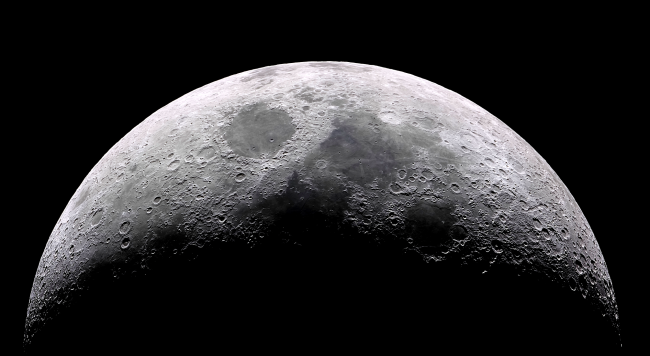 Recently, while making its way across Von Karman crater on the far side of the moon China’s Yutu 2 rover made a surprising discovery: a “mystery house.”

At least that is how the China National Space Administration (CNSA) described the object on Chinese language science outreach channel Our Space.

So yeah, it's not an obelisk or aliens, but certainly something to check out, and hard to discern much from the image. But large boulders (right) are sometimes excavated by impacts, as seen by the Chang'e-3 mission, which launched 8 years ago on Dec 1. [CNSA/CLEP] pic.twitter.com/ifOIFr4oQI

Of course, it isn’t really a “house” (at least we don’t think it is), but according to Space.com, the mysterious object was located on video about 260 feet away from the Yutu 2 rover so scientists didn’t know what else to call it.

“This thing is really interesting. We should go investigate it,” scientists with the mission team reportedly said after the discovery, according to the South China Morning Post.

So, over the next two to three lunar days (two to three months here on Earth), they will send the rover towards the object, avoiding craters and slopes along the way, to get a better look.

On Jan. 3, 2019, the solar-powered Yutu 2 and Chang’e 4 lander were the first to ever land on the far side of the moon. The rover has been traversing Von Karman crater making unique discoveries ever since.

Unfortunately, it only travels at an average speed of less than one meter, or about 3.3 feet, per Earth day. It also only runs during the lunar day (14 Earth days), then sleeps for a lunar night (another 14 Earth days), which is why it will take so long for it to reach the object.

Space.com speculates that the moon object is nothing more than a large boulder created by a meteor impact as there appears to be a impact crater nearby.

Related: An Asteroid Almost Smashed Into Earth Recently And No One Saw It Coming, Not Even NASA

Others on social media, weren’t so sure.

Just a matter of time before they built one there. pic.twitter.com/0McobbG9yy

My bet is a large version of the pizza saver pic.twitter.com/LyPfeJAHGY

It's the Autobots ship The Ark that crash landed in 1961!

Starbucks on every corner