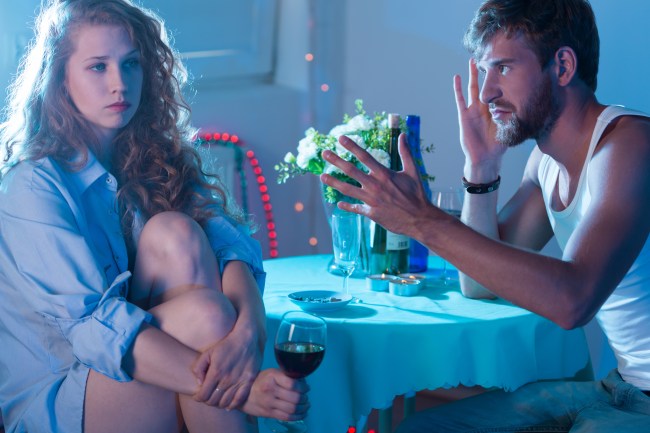 This article in Men’s Health caught my eye over the weekend, and I couldn’t shake it. According to Dr. Ramani Durvasula, a psychologist who often appears on talkshows that air before sundown, relationships where one person makes promises about a better future to their partner are toxic. This is a technique called “future faking,” and it’s a common narcissistic manipulation technique:

“It’s actually a form of manipulation, and it’s keeping you hooked in by making the kinds of future promises you want to hear,” she says. “This may include wanting to have a family with you some day, and they may say things about wanting to get married some day, and buy a house together, some day.”

Sure. Or, looking at it through a slightly different prism, we might call it… hope?

At one point, saying something like, “my love, someday, we’ll buy a big house with a white picket fence and a backyard with plenty of room for our three little rugrats to kick a soccer ball” was considered romantic, aspirational, and as American as apple pie. Maybe the guy who said it was hoping to be promoted to foreman in the coal mine. Maybe one day, he saw a cave-in taking place and he sprinted and tackled his buddy to safety, but a chunk fell and shattered his tibia. Maybe his worker’s comp provided minimal benefits and his leg never healed correctly and thanks to his limp, he doesn’t have the mobility to stoop and walk around the mines anymore. Besides, his leg gets sore during the colder months and, given the history of pill abuse in his family, he knows to stay away from painkillers and alcohol. So he wears the pain like a weight vest, and working on his feet is out of the question. Maybe he takes a job at a call center, making minimum wage, doing what he can to provide for his family. And the house with the yard and the white picket fence remain a dream, never materializing but often conjured in the romantic whispers between a husband and wife who, despite their austerity, are still happy and very much in love.

Well, on behalf of Dr. Durvasula, I say… fuck that narcissist! Leave his ass in the middle of the night, lady! Reclaim your independence! Stop buying his bullshit!! He’s no good, never was, and has intention of making real on his promises.

The important thing to remember is that a narcissist has no intention of keeping these promises, they are made with the sole intention of keeping you on the hook. “It’s kind of a psychological Ponzi scheme, in which you buy in now, and never get paid down the road,” says Durvasula.

My girlfriend and I are going to look at some apartments tomorrow. We have a few realistic ones and a few that are so far out of our price range that I suspect the realtor is confused. Did I add those fancy shmancy apartments to keep my girlfriend locked in a “psychological Ponzi scheme”? You bet your ass I did. Give her a glance today of that open kitchen with the refrigerated drawers and the in-sink disposal so that tomorrow, I can go back to putting myself first. A glimpse for her is worth a week of self-promotion for me.

Joking aside, I’m definitely a narcissist. I know this. She knows this. I’m a comedian; what do you expect? But I can tell you that when we speak about buying some awesome home someday, it’s not to quell the fires of revolt; it’s because we both WANT a sick place to live. It’s because scrolling pictures on Zillow in bed is one of our favorite activities. And it’s because we both believe, and hope, that we’ll continue to make more money and eventually be able to afford the life we want for ourselves and our family.

I sure hope I’m not faking that future. But if I am, at least we’ll be in it together. Because my gullible, prisoner-girlfriend keeps buying it, hook, line, and sinker!