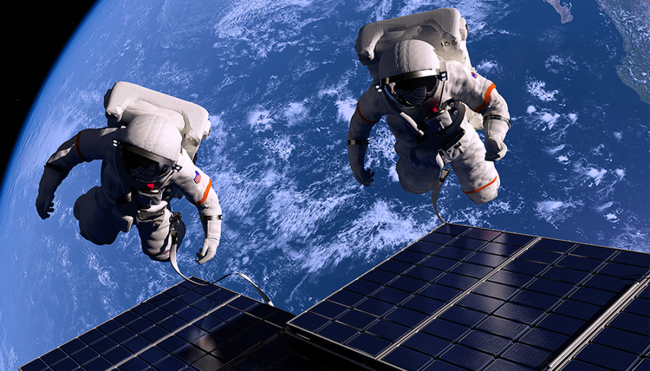 Earlier this week NASA announced they reached the milestone of 5,000 exoplanets being discovered. An exoplanet is any planet that sits outside our solar system.

Each planet is confirmed by various research and analytical methods that have been peer-reviewed in scientific journals.

The discovery team is led by Cal Tech’s NASA Exoplanet Science Institute. Their Twitter account dropped this cool hype video to illustrate how mindblowing the achievement is.

Of the 5,005 confirmed exoplanets, how many are similar to Earth? We've found a few planets of a similar size, but we don't know enough to say how close they might be to our home planet. We *can* say how different many are! https://t.co/4DWWGntivR pic.twitter.com/LyO91WVv9U

The archive’s head research scientists, Jessie Christiansen, had this to say about the discovery,

Christiansen: “It’s more than a number. Each one of them is a new world, a brand-new planet. I get excited about everyone because we don’t know anything about them.”

Increase in the Odds of Finding Extraterrestrial Life

Mathematically speaking, the proof of there being over 5,000 planets outside our solar system naturally increases the odds of life existing outside our own.

A visualization of every confirmed exoplanet in our galaxy reveals one of our favorite space telescopes. Everywhere @NASA's Kepler Space Telescope looked, it found planets. So much so that you can see the telescope in its discoveries! Notice grid formed by planets here? pic.twitter.com/VkSZYSQ8jf

It’s true the planets discovered by NASA range from enormous gas giants to tiny rocky planets like Earth, however when you consider the elements it takes for life to exist you can’t help but think there’s at least one other planet out there with life on it.

One of the co-founders of the very first exoplanet, Professor Alexander Wolszczan of Penn State, believes it’s only a matter of time before humans find life elsewhere thanks to how the relationship of the chemistry of life on Earth is present throughout the universe.

Professor Wolszczan: “To my thinking, it is inevitable that we’ll find some kind of life somewhere – most likely of some primitive kind.”

Professor Wolszczan and his co-scientist Dale Frail discovered pulsar PSR B1257+12 in 1990. In 1992, they found two planets circulating the pulsar and announced their findings to the world. The planets were both roughly three times the size of Earth’s mass.

Neil deGrasse Tyson actually talked to us about what it might mean for humans to discover extraterrestrial life. He even explained what is called the “Fermi Paradox” to back up why it could be a bad idea for us to mingle with other life forms.

FERMI PARADOX: The apparent contradiction between the lack of evidence for aliens & various high estimates for their probability.@neiltyson on why we shouldn't be so eager to meet our ET friends is sobering.

Most of the reactions to the milestone achievement were well wishes, but there were also many comments regarding the hopeful discovery of extraterrestrial life.

Ha and there are people out there who actually think that alllllllll of these planets don’t have alien life on them. And I’m not talking about bacteria type life, I’m talking full on walking, talking, breeding fist fighting alien life. Blows my mind that people think we’re it..😂

This guy has a good point.

A few of the exoplanets may be ‘habitable’. But, can we set our Earth as an absolute reference point for habitability? Why can’t life exist with parameters different from that of Earth? Life may be in various stages of evolution, including ‘inferior’ to us or ‘advanced’ than us.

You can read the official press release from the NASA Exoplanet Science Institute here.

One cool feature the Exoplanet Institute has on its site is an archive of every planet discovered.

What you should do with that archive is find your favorite exoplanet. Then, remember it as a response when someone asks, “Tell me something interesting about yourself?”