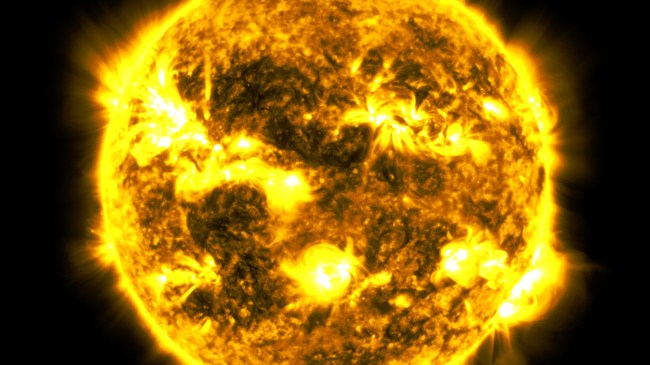 NASA just dropped some truly breathtaking footage on the world. It’s the culmination of more than a decade’s worth of work and it took 425 million high-resolution images to create. The finished product is a lengthy time-lapse video showing the star’s activity over the past decade.

These images come from NASA’s Solar Dynamics Observatory (SDO) which has been monitoring the Sun nonstop for over a decade. It captures a high-resolution image of the Sun every 0.75 seconds. This amazing time-lapse has compiled one image of every hour from the past decade. There are 87,600 hours in a decade for anyone keeping score at home. The SDO has captured over 425 million high-resolution images totaling over 20,000,000 gigabytes.

The Atmospheric Imaging Assembly (AIA) instrument, just one of several instruments on NASA’s SDO, captures images of the Sun every 12 seconds at 10 different wavelengths of light. This time-lapse compiled a decade’s worth of images taken at the 17.1 nanometers which is ‘an extreme ultraviolet wavelength’ showcasing the Sun’s outermost layer, according to the video’s description.

There’s a list of notable events you can watch out for in this video down below if you want to take note of those before hitting play. I should also mention that this is a LONG video.

This might be something you might want to throw up on your smart TV or on the iPad so you can passively watch it. Or you can just fire it up and watch the Sun in all of its glory for a while:

Here’s the list of notable events NASA made specific mention of in the video’s description on YouTube:

They also explain the several dark frame moments in the video. Those happened when the Earth or Moon caused an eclipse by passing between the SDO and the Sun.

The music for this time-lapse is also a custom piece titled “Solar Observer,” and it was composed by Lars Leonhard.

For more information on this video, you can visit NASA’s website.