NASA’s Offering $18,500 For People To Spend Two Months In Bed, But The Study Sounds Grueling AF 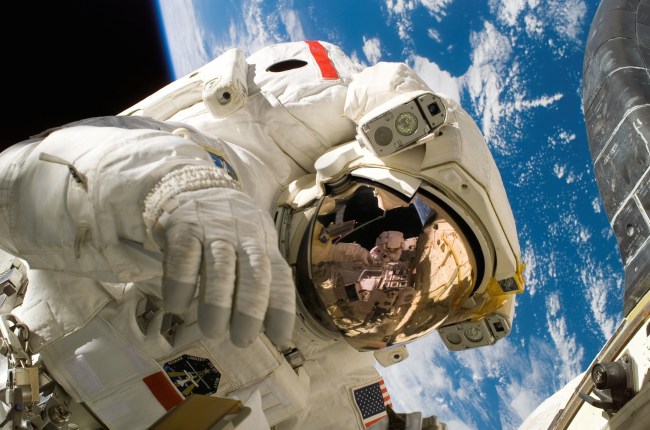 NASA’s always trying to improve space study and research, but they’ve found a new (and unorthodox) way to test the limits for people who might be traveling to outer space — pay them lots of money to lay around in a bed for two months. If that sounds like a dream job to you, well, it kind of is on the surface, but NASA says there’s a lot that goes into what they’re doing.

According to the Washington Post, the project is called the “Artificial Gravity Bed Rest Study,” and it’s a collaboration between NASA and two other European space agencies in hopes of studying how the body adapts to weightlessness in space, which will help astronauts in future missions.

As of right now, NASA has already implemented the study for 12 test subjects (all men), and are currently on the hunt for 12 more subjects (which will be all women). The payout for spending the two months in bed and doing nothing but laying around comes out to $18,500, so it’s quite the financial reward.

Here’s where things get tricky, though, because the study actually sounds grueling AF to be a part of, with participants spending 30 minutes a day in what’s called a “short-arm human centrifuge,” which generates artificial gravity and distributes fluids from the head back into the body.

Participants literally spend two entire months in bed and remain lying down even to do everyday things such as eat, drink and exercise. They also answer nature’s call and shower, but it’s unclear from the NASA website how those tasks are accomplished in bed.

“Daily routine — showering, getting dressed, eating, exercising — takes a lot of time when you cannot stand up to do them,” says the website, adding that there is “continuous data collection,” including blood pressure, heart rate, nutrient absorption and also the participants’ mood.

Study subjects will spend the 60 days with their heads tilted down six degrees, which mimics conditions in space. Without gravity sending blood to the legs, astronauts’ heads fill with fluids, resulting in “puffy-head, bird-legs” syndrome, according to the NASA website. Researchers will study how the shifts in fluid affect participants’ bodies, as well as possible bone and muscle loss.

Uh, yeah, that sounds more like a prison than something you or I do while hungover all weekend long, so I’m not so sure people are jumping at the opportunity just yet. Plus, there are some other strict guidelines that go into the candidates that NASA is specifically looking for.

For instance, all participants need to be between the ages of 24 and 55, be nonsmokers who are in good health and with normal body weight who have strong German-speaking skills. While that may not seem too bad, if you’re an American who wants to take part in this NASA project, be ready to pony up some cash, because it’ll cost you. The Washington Post piece mentions that the study is catered more towards German residents, as Americans would have to pay their own expenses to travel to Cologne four times for the recruitment process between April and July. This all sounds less and less fun, doesn’t it?

If you’re a person willing to drop big money to become a subject for future NASA space expeditions and wouldn’t care living in bed for two months, this job might be for you. But I’d rather just be a lazy sack and lay around in bed all weekend after ripping way too many tequila shots on a Friday night and not have to go through such a grueling process.