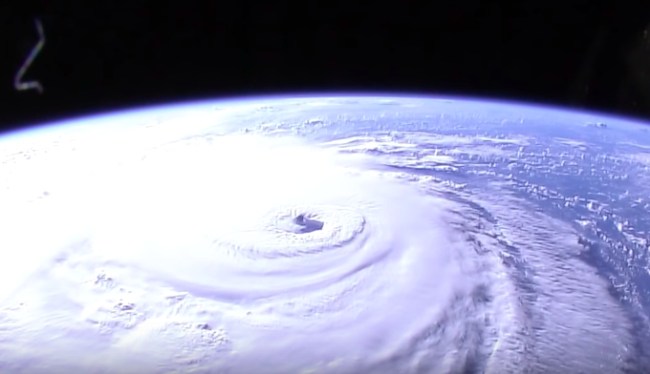 Earlier this week, meteorologists started to pay very close attention to Hurricane Florence as it traveled across the Atlantic Ocean toward the East Coast of the United States, where it’s currently expected to hit the Carolinas on Thursday night.

A state of emergency has already been declared for Virginia, North Carolina, and South Carolina and experts have issued some dire warnings concerning the potential devastation Florence will almost certainly cause when it arrives.

Millions of people have already evacuated the areas expected to bear the brunt of the storm, and if you happen to be one of those people who’ve decided to stay put, I strongly urge you to stop being a moron and get the hell out of dodge while you still can.

If I can’t convince you maybe these words from North Carolina governor Roy Cooper will:

“The waves and the wind this storm may bring is nothing like you’ve ever seen. Even if you’ve ridden out storms before, this one is different. Don’t bet your life on riding out a monster.”

If that’s still not enough, maybe this terrifyingly succinct warning from the director of the National Hurricane Center (who I assume knows a little bit about this stuff) can:

“This one really scares me.”

NASA is just one of the many organizations keeping tabs on Florence and on Monday they released a sobering video of the storm taken from the International Space Station.

However, the hurricane has only strengthened since then and the space agency released a jaw-dropping follow-up on Wednesday that shows just how massive Florence has become.

Satellites have also captured some pretty terrifying footage of Florence in motion.

Florence only continues to strengthen and it could soon be classified as a Category 5 hurricane (winds are currently registering at speeds up to 175 MPH).