A Marvel Film Has Been Added To The National Registry For Being ‘Culturally, Historically Or Aesthetically Significant’ 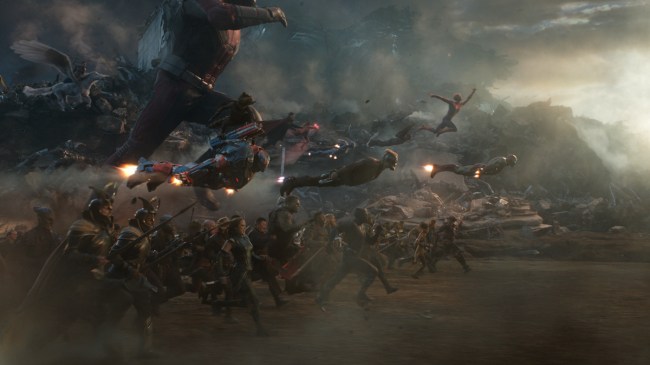 Iron Man, the first ever film in the Marvel Cinematic Universe, has been added to the National Film Registry of the Library of Congress this year, making it the first ever MCU to receive the distinction.

Every year, the United States National Film Preservation Board adds up to 25 films to the Registry that are “culturally, historically or aesthetically significant films.” Other notable films that have been added this year are The Little Mermaid, Carrie, When Harry Met Sally, Hairspray, and House Party.

In a statement, longtime Marvel Studios President Kevin Feige touted that the film was “make or break” for the studio as it was the first time they had “creative control” on a feature film.

“Iron Man was the very first film Marvel Studios independently produced. It was the first film that we had all of the creative control and oversight on and it was really make or break for the studio,” Feige said.

“All of our favorite movies are the ones that we watch over and over again and that we grow up with. The notion that here we are, almost 15 years after the release of Iron Man, and to have it join the Film Registry tells us it has stood the test of time and that it is still meaningful to audiences around the world.” [via Marvel]

Despite the fact that Marvel Studios has now produced 29 films since Iron Man — February’s Ant-Man and the Wasp: Quantumania will be the MCU’s 31st film — the Jon Favreau-directed project is still largely considered to be one of the franchise’s best films.

Iron Man, of course, also marked the debut of Robert Downey Jr’s version of Tony Stark, which is a role he’d go on to play for 11 years until stepping away after Avengers: Endgame in 2019.

RELATED: New Report Details How A Foolish Movie Studio Gave Up The Rights To ‘Iron Man’ Because They Thought It Was Silly That He Could Fly