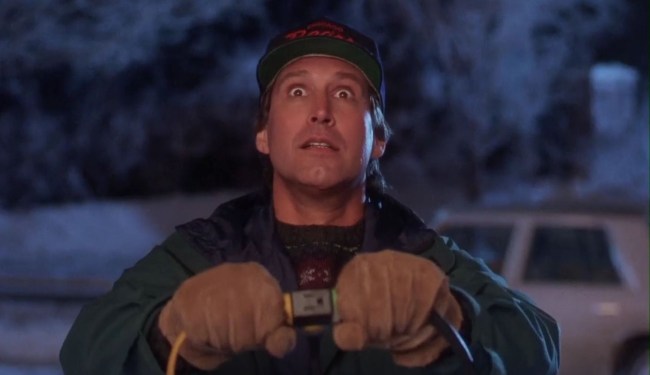 Saturday Night Live has been a springboard for countless actors over the decades and many of them have followed a variation of the same recipe for success after departing the show.

A number of SNL alumni have gone on to become bankable box office stars, and in addition to their contributions to the modern comedy canon, they’ve also left a major mark on one other genre: Christmas movies.

I’d argue no one did it better than Will Ferrell managed to do in Elf but he has some serious competition thanks to some of his predecessors, who were responsible for the creation of a number of holiday-inspired creations in the 1980s.

Before Bill Murray took on Dickens with Scrooged, Dan Aykyrod and Eddie Murphy created what might be the most underappreciated Christmas movie in the form of Trading Places.

However, neither of those movies managed to have the lasting impact that Chevy Chase did with National Lampoon’s Christmas Vacation.

Before he was a crotchety old man, Chase had a run of movies that rivaled Ferrell’s hot streak to open up the new millennium, including Caddyshack and Fletch.

However, his most defining role was that of well-meaning patriarch Clark Griswold, who went through more circles of hell than Dante over the course of the National Lampoon franchise.

Christmas Vacation takes place in the wake of a few disastrous road trips and chronicles an equally ill-fated holiday made possible by power failures, underwhelming bonuses, and a casual kidnapping.

Cool Dude Bro has been taking the time to recap some Christmas classics for BroBible and decided to turn his attention to Christmas Vacation to give it his signature one-minute treatment.

If that put you in the mood for more condensed Christmas movies, Cool Dude Bro has you covered.