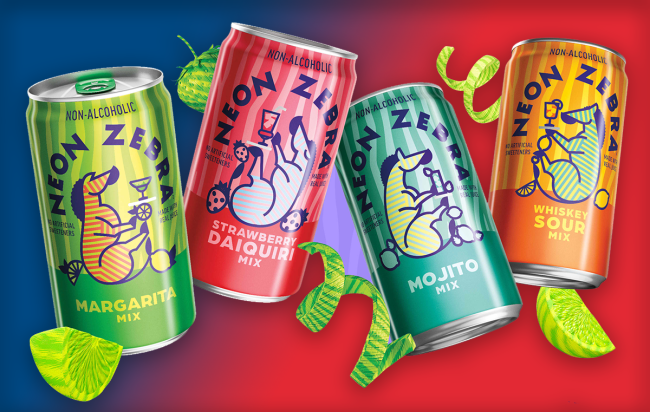 As a huge fan of cocktails and an even bigger fan of being lazy, there haven’t been many innovations in the alcohol space I’ve appreciated more than the advent of canned mixed drinks, as the only thing you need to treat yourself to a White Russian or a margarita is the ability to pop open a tab (and maybe pour it into a glass with some ice if you’re feeling particularly ambitious.)

With that said, as someone who’s spent years obsessing over ratios and figuring out exactly how many dashes of bitters I prefer in my Manhattan, I also like to have the option to engineer the ideal combination of ingredients, which is why I’ve hopped all aboard the premade cocktail mixer bandwagon.

There’s a wide variety of options out there that are an absolute godsend when you’re in the mood to make a mojito or a mint julep but don’t have access to an herb garden or feel like taking a trip to the store. However, I’ve found there can be a bit of a downside, as they tend not to have the same shelf life as the bottles of hard liquor they share a bar with.

More often than not, this leads to me making more drinks than I probably should in the name of fiscal responsibility, but now, Pepsi has entered the arena in an attempt to solve that problem with Neon Zebra, a new line of mixers conveniently packaged in cans to make sure a single drop doesn’t go to waste.

According to CNBC, the company that produces the cola typically mixed with whiskey (and the soda responsible for one of the most revolutionary variations of the margarita the world has ever seen) has whipped up four different elixirs to pair with your libation of choice, whether you’re in the mood for a whiskey sour, a more traditional margarita, or want to put any rum you have on hand to good use by treating yourself to a mojito or strawberry daiquiri.

Each can of Neon Zebra clocks in at 7.5 ounces meant to be mixed with three ounces of whatever alcohol they complement (which technically counts as two drinks, but hey, go big or go home.) They’re currently slated to start hitting shelves around the country in March, and I eagerly await the chance to use a taste test as an excuse to make my way through all four varieties in the same night once I can get my hands on them.