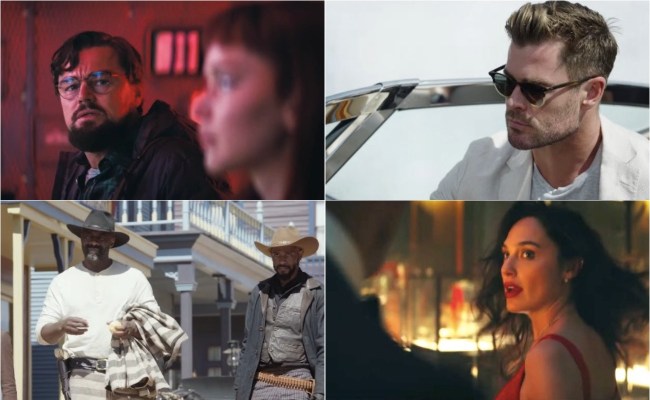 After a truly cursed 2020 saw the entire blockbuster movie industry essentially evaporate, 2021 is shaping up to be a massive bounce-back year (in terms of movies, at least, because BIG YIKES so far otherwise), as all of the major studios gear up to release both previously delayed and always scheduled projects over the next 12 months.

Netflix, who was one of the only consistent content producers last year, released a trailer this morning that teased all of their 2021 projects, including first-looks at Red Notice with The Rock, Ryan Reynolds, and Gal Gadot, Don’t Look Up with Leonardo DiCaprio and Jennifer Lawrence (and tons of other stars), The Harder They Fall with Idris Elba and Jonathan Majors and Escape from Spiderhead with Chris Hemsworth and Miles Teller.

While studios such as Warner Bros. have scrambled to figure out how to sustain themselves and provide fans with blockbuster content during the pandemic (i.e. the HBO Max dilemma), Netflix hasn’t skipped a beat.