Netflix Misses Entire Point Of ‘Squid Game’, Announces Reality TV Show Based On It (Minus The Death) 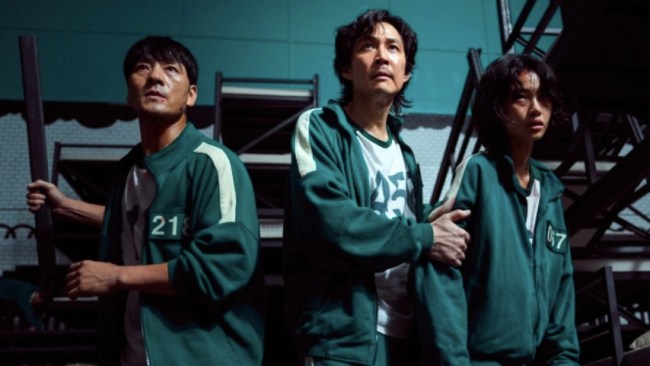 Truth be told, I’ve become so disillusioned by the state of our reality that there’s a part of me that thinks, “You know what, ya simply gotta respect the multibillion-dollar corporation for how brazen their soullessness is.” Like, I’ve come to expect shadiness from these sorts of companies — the Facebooks, Apples, Googles, etc. — but I also still assume they (still vaguely) try to hide their calousnessness.

Meanwhile, here’s Netflix on the other hand, being like “Hey everyone, remember that wildly popular dystopian show about poor people competing in challenges for money? Well guess what — we’re bringing it to life!” That’s certainly what it feels like when it comes to Squid Game: The Challenge, Netflix’s newly-announced reality TV show based on the hit South Korean series. Not only that but the series’ $4.56 million purse is a record for a reality competition show.

Netflix announces a reality TV show based on Squid Game

According to The Hollywood Reporter, the challenges that participants partake in will be based on the series (minus the punishment of death, of course), however, “there will be differences and additions to keep players off guard.”

“We’re grateful for his support as we turn the fictional world into reality in this massive competition and social experiment. Fans of the drama series are in for a fascinating and unpredictable journey as our 456 real world contestants navigate the biggest competition series ever, full of tension and twists, with the biggest-ever cash prize at the end.”

If participating in a real-life (again, minus the death, at least we think) Squid Game, the application form for the series is currently open.