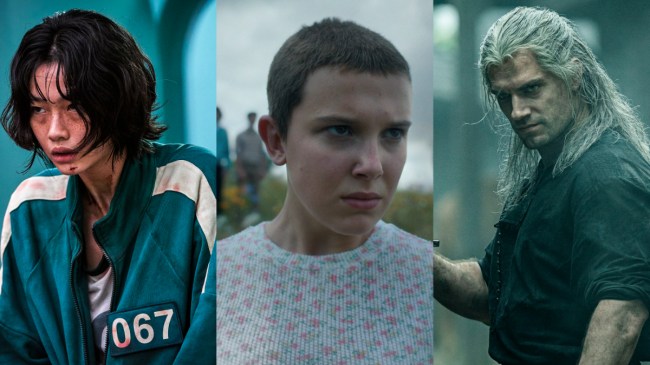 While Netflix’s binge model helped usher in the era of streaming as we know it, the longer it’s been around, the more flaws it seems to have.

Given the way media is covered these days — particularly blockbuster franchises — the longer a property is making headlines, the more it’s discussed and viewed, and therefore the more successful it becomes.

With the binge model, however, Netflix misses out on the sort of coverage that, let’s say, House of the Dragon might get, which is sure to spawn endless articles, podcasts, and Reddit threads over its 10-episode — and therefore 10-week-long — first season.

Now, after being largely unflinching when it comes to tweaking its binge-watch, all-episodes-at-once, release model, reports indicate that the streaming giant is reportedly considering a change to weekly releases for certain programs.

In a new edition of the Puck News newsletter, it is suggested that Netflix wants to move away from binge model releases in some form. Netflix currently uses weekly episode drops for some reality competition shows, but there might soon be a time when it becomes used for Netflix’s biggest originals as a means of keeping viewers engaged over a longer period of time.

Matthew Belloni noted in the newsletter that Netflix CEO Reed Hastings “has seemed unwilling to pivot off the binge model because he hasn’t needed or wanted to. Now, it appears, he does.” [ScreenRant via Puck News]

With the absolutely massive Stranger Things 5 in the pipeline — which will arguably be the biggest batch of episodes Netflix ever produces in terms of cost and scope — it makes sense that Netflix is considering this change prior to its release as they aim to squeeze every last ounce of notoriety the series provides prior to its conclusion.