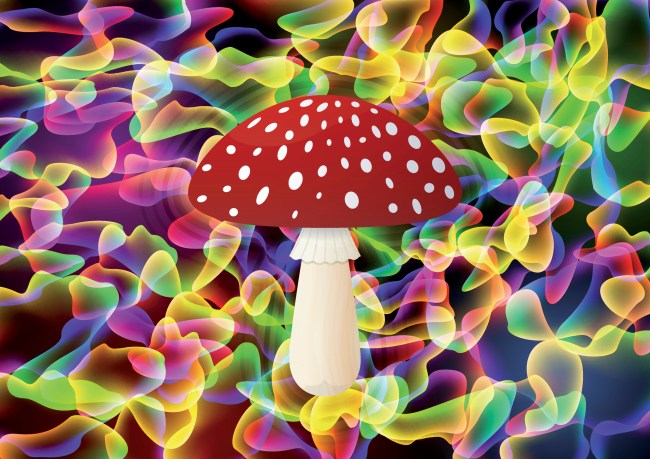 One of the biggest regrets I have from my adolescence was finding my little brother’s bong in the closet and humming it against a tree to teach him a lesson. I was a sophomore in high school. He was a freshman. I thought that weed was essentially a one way ticket to homelessness. Little did I know that in just a few short years, I’d be cutting five gallon Poland Springs bottles in half and ripping makeshift gravity bongs in my basement before looking at my computer’s screen saver for six hours. What a difference a few years makes.

Point is, my only reference point for thinking weed was the devil’s lettuce were D.A.R.E. commercials and fear of retribution from my parents (I have smoked weed with my mother many times since). It was only when I hacked down these deeply embedded stigmas that I could truly mine the benefits of this quote, unquote drug.

The same is beginning to happen for drugs like magic mushrooms and MDMA, which are no longer being seen as drugs used solely by that kid from your high school who guzzled a Monster Energy drink in home room.

At the World Economic Forum’s annual meeting in Davos, Switzerland, an innovative British scientist who studies the impact of psychedelics on the brain has confirmed that psychedelics as methods of approved treatments are picking up steam.

“The climate’s looking good,” Robin Carhart-Harris, the head of psychedelic research at the center for neuroscience and pharmacology at London’s Imperial College, said during a Wednesday session at Davos titled “The New Science of Psychedelics.”

Last summer, a startup backed by Silicon Valley tech mogul Peter Thiel churned out enough of the active ingredient in magic mushrooms to send 20,000 people on a psychedelic trip — part of a larger research effort by the company, called Compass Pathways, to study how psychedelic drugs could be used to treat depression. Then in November, a German entrepreneur launched a new company called Atai Life Sciences with $25 million to back more studies that explore the therapeutic potential of psychedelic drugs on psychiatric disease.

The two drugs that are leading the way are psilocybin, the active ingredient in magic mushrooms, and MDMA. Psilocybin has garnered a lot of interest in how it treats patients with severe depression who respond adversely to traditional methods. MDMA, as we’ve reported,  has made massive strides in treating patients with PTSD, namely soldiers returning from war.

In a study sponsored by the Multidisciplinary Association for Psychedelic Studies–a nonprofit group that has raised more than $47 million for research on MDMA, marijuana, LSD, and ayahuasca–22 military veterans, three firefighters and one police officer who had been diagnosed with chronic PTSD were randomly administered 30, 75 or 125 milligrams of MDMA as well as attend two psychotherapy sessions in as many months.

The results were astounding: 68 percent of the patients no longer met the clinical criteria for PTSD and subjects experienced “drastic” improvements in sleep and became more conscientious, according to the study.

It’s wild to think that many of us will raise children who could reach an age when a small dose of magic mushrooms is as routine as cracking open a cold one with the boys.