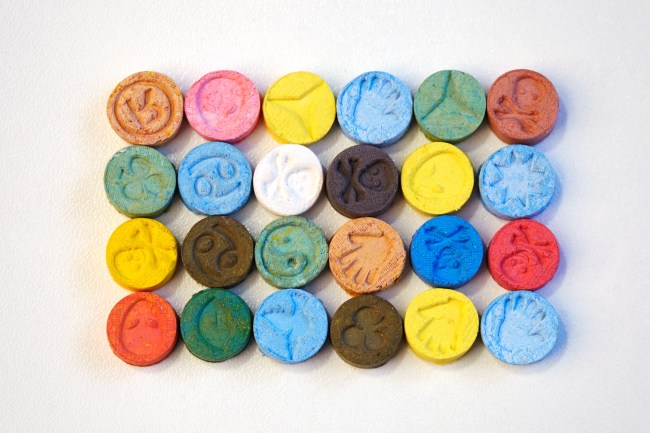 Over the past few years, the party drug known as MDMA has been administered to subjects suffering from PTSD in various studies around the country. Varying doses of the love drug known as Molly coupled with psychotherapy sessions have proven to be wildly effective in coping with the hardships associated with traumatic experiences.

Possibly the most convincing study to date recently came from the British journal The Lancet Psychiatry, published Tuesday.

The study, which was sponsored by the Multidisciplinary Association for Psychedelic Studies, involved 22 military veterans, three firefighters and one police officer–all of whom had been diagnosed with chronic PTSD and hadn’t taken well to alternative treatments.

The subjects were randomly given 30, 75 or 125 milligrams of MDMA as well as attend two psychotherapy sessions in as many months.

The results were astounding: 68 percent of the patients no longer met the clinical criteria for PTSD and subjects experienced “drastic” improvements in sleep and became more conscientious, according to the study.

“I was finally able to process all the dark stuff that happened,” Nicholas Blackston, 32, a study participant who had been a Marine machine-gunner in Iraq, said in an interview. “I was able to forgive myself. It was like a clean sweep.” [via New York Times]

This study could be the catalyst in MDMA getting approved for legal use by 2021, as the Food and Drug Administration has already granted the drug  breakthrough therapy status due to smaller-scale studies with similar results. It should be noted that it won’t be legal in the way that tobacco and alcohol is, the drug would be administered by a licensed therapist after three sessions of psychotherapy. In the fourth, the patient pops the Molly.

MDMA is about to enter larger Phase 3 trials this summer.