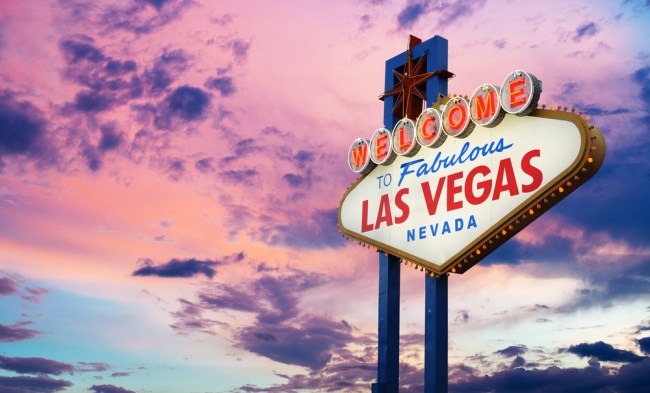 In the first Star Wars movie, Obi-Wan Kenobi told Luke Skywalker he’d never find a more wretched hive of scum and villainy than the town of Mos Eisley. As we all know, Star Wars takes place in a long time ago in a galaxy far, far away, so despite having the powers of the Force, there was really no way for Obi-Wan to know Las Vegas would eventually come around to snatch that title away.

You might not run the risk of getting your arm chopped off with a lightsaber inside a club, but Vegas has plenty of other things in common with its fictional counterpart, including tons of neon-colored drinks and weird-looking musical acts (the Blue Man Group is basically the city’s version of the cantina band). Things got even more debaucherous last summer after Nevada legalized recreational weed sales, but if you’re looking to take advantage before hitting the tables, the state’s Gaming Commission has some sobering news.

According to Forbes, regulators recently clarified the language of gambling laws to prevent casinos from allowing “visibly intoxicated” marijuana users to place bets and consume alcohol while on the casino floor. However, they didn’t release any concrete guidelines concerning signs for workers to look for, so it’s unclear if you’ll be in a position to get in trouble if you get a little too interested in the lights on the Sex and the City slot machine.

When you consider most casinos seem to be as intent on giving out drinks as the dudes on the sidewalk are when it comes to handing out flyers for escorts, I have a hard time believing the house is going to miss a chance to take away someone’s money because they roll up to the table smelling like OG Kush. With that said, eyedrops might be worth the investment just in case.