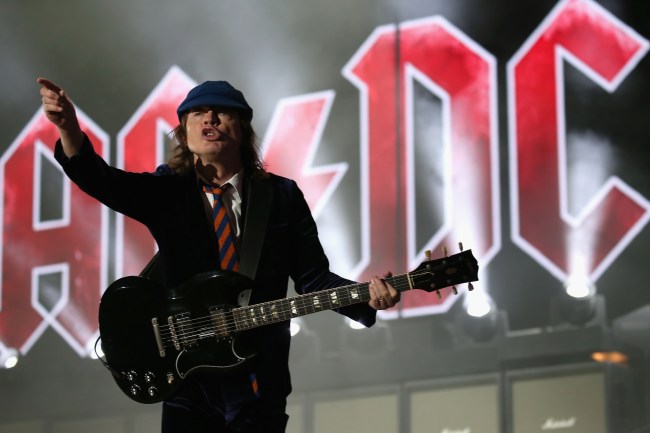 This is the future of music right here. A future where CLassic Rock bands are somehow pumping out new music thanks to artificial intelligence.

This guy scraped all of the AC/DC lyrics in the Genius Lyrics database and used a Markov Chain to write lyrics for an entirely new AC/DC song titled ‘Great Balls’. The one hiccup here is he then had to sing like Brian Johnson because he wasn’t able to simulate Brian Johnson’s voice for this using artificial intelligence. Don’t worry, we’ll get there in the coming years and soon enough we’ll have new songs from The Beatles climbing the Billboard carts.

The possibilities here are endless. The Beatles. Led Zeppelin. Pink Floyd. The list goes on and on. I haven’t even taken a moment to consider if this future of music that I’m imagining is a bleak one because all I can think about is new music from The Ramones. Anyway, here is ‘Great Balls’ from Funk Turkey on YouTube using AC/DC lyrics + a Markov Chain to write a fresh new song.

Is this a certified banger? A perfect jam? All of the above? That’s for you to decide but for me, this actually works perfectly and I might have to tell Brian Johnson about this the next time I run into him at the golf club. Oh, am I name dropping right now?

I guess I shouldn’t mention that my locker sits just three spots away from Brian’s at my golf club. That would be just a totally unnecessary thing to bring up here in an article about this cool use of artificial intelligence.

This isn’t the first time he’s done this by the way. Here’s a Nickelback AI song that will haunt your nightmares.

As for an explanation on what a Markov Chain is, here’s the Wikipedia explanation:

A Markov process is a stochastic process that satisfies the Markov property (sometimes characterized as “memorylessness”). In simpler terms, it is a process for which predictions can be made regarding future outcomes based solely on its present state and—most importantly—such predictions are just as good as the ones that could be made knowing the process’s full history. In other words, conditional on the present state of the system, its future and past states are independent.

Not at all confusing.