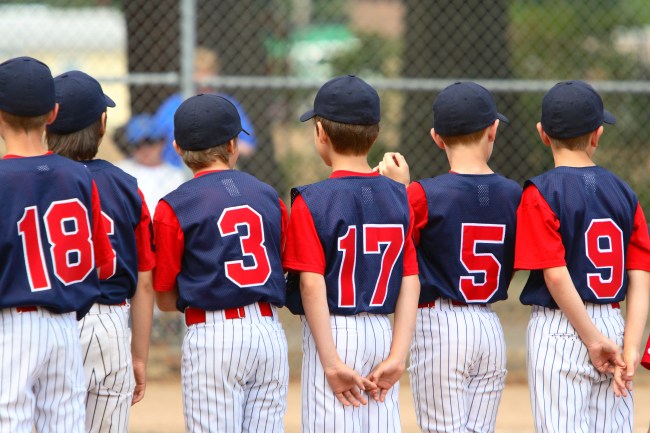 Yesterday, the internet gods gifted us with footage from one of the more pathetic fights you’ll ever see.

The participants of the brawl consisted of grown ass mothers and fathers from the Lakewood, Colorado area. The fight broke out due to a vehement disagreement over civil rights. Just kidding, it was over a 13-year-old umpire making questionable calls during a second graders’ baseball game.

If you haven’t seen the original footage of the brawl, the Lakewood Police tweeted out the scene in an attempt to obtain the identities of the culprits. You can find that footage at the bottom of this article. It’s wild, but not as wild as what’s poppin’ off in this new clip obtained by TMZ.

The clip shows a pregnant woman just about ready to pop picking up a metal baseball bat and threatening the opposing teams’ parents, yelling, “Fuck you bitch! I don’t give a fuck!” One man tries to rip the bat away from the woman, only adding fuel to the fire, as her defendants start to throw haymakers.

As previously reported, there were few minor injuries reported and one man (likely the dude in the navy) suffered serious bodily injury, police reported.

According to ABC News, police issued four citations for disorderly conduct, but said they are still searching for others involved in the melee.

These adults took over the field and began assaulting each other on 6/15 during a youth baseball game. We're looking for any info, in particular to ID the man in the white shirt/teal shorts. Several people have already been cited in this fight and injuries were reported. pic.twitter.com/ieenhwCrbU

How dead do your personal dreams have to be to engage in a full-on fist fight over a 7-year-old’s baseball game? If coach only put these dudes in the game in the 80s…