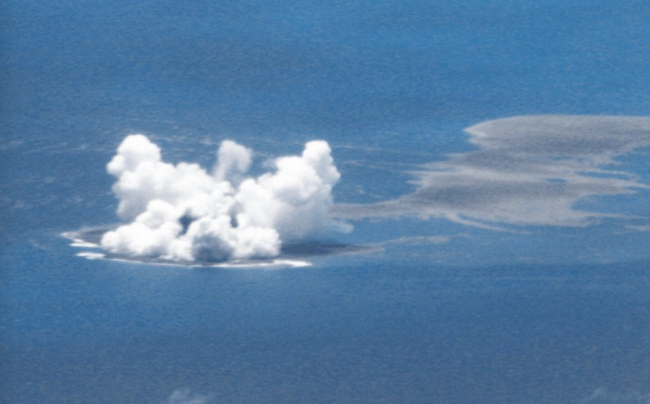 A new island has been discovered around 1,200 kilometers south of Tokyo and it is essentially just a volcano in the middle of the water. The island, born over the weekend, is approximately one kilometer in diameter and C-shaped.

Japanese Coast Guard said on Monday that it found new island when it was flying over a nearby eruption of the Fukutoku-Okanoba volcano. The submarine eruption surprised observers and scientists around the world.

It began to produce a mushroom plume of smoke and ash to an altitude of 16 kilometers.

Can the island survive?

The last confirmed eruptions of this volcano occurred in 2010, 2005-07, 1986, 1914 and 1904. In each instance, the eruption formed temporary islands that were subsequently eroded by the relentless battering of waves.

More than likely, that will also be the case with the new island that was discovered over the weekend. At the moment, it has a flat crescent-shape with a breached bay above the volcano vent.

The island appears to be composed only of fragmented materials like ash, which are not typically stable enough to resist wave erosion. However, if volcanic activity continues and produces lava flows, it could “seal” some of the new land and increase its long-term chances of survival.

If the island survives, because it is located near the Minami Iwoto Island, it could be added to Japan’s territory. It will have to be recognized as a naturally-formed island by international standards, but given the location, it is unlikely to affect the country’s territorial waters or economic zoning.