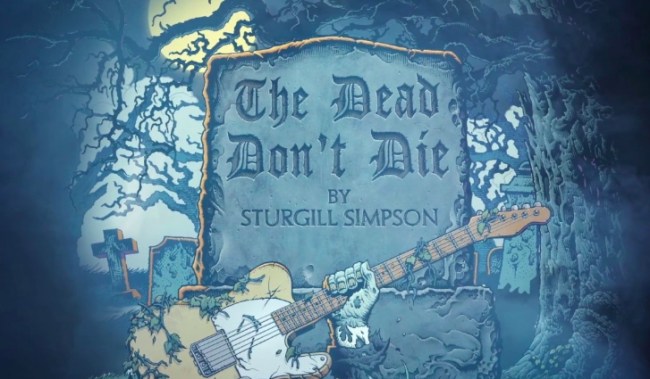 Welcome to the BroBible New Music Round-Up, where we see what new music has been released this week and aren’t sure the world is ready for Championship-celebrating Drake. For more follow me on Twitter:  @ryanoconnell79

Everyone loves a Springsteen playlist, especially once the weather starts to turn nice. That right there is a scientific fact.

A hearty congratulations goes out to Milwaukee Buck super stud Giannis Antetokounmpo. You made it, my dude. You got a rap song named after you. Sure, you might be named MVP of the league in the coming weeks, but this is the kind of recognition that truly matters.

“Giannis” is the latest song from the upcoming Freddie Gibbs and Madlib collaboration Bandana, which is set to be released on June 28th. It’s the duo’s second release and their first since 2014, when they dropped Piñata.

Anderson .Paak gets in on the action, jumping in on the song’s third verse. He also helps out with the hook.

The tune has a keys line that calls to mind vintage Wu-Tang and overall, the tune is tight, with a steady, no-frills beat anchoring the whole thing. It’s the third song they’ve released from the upcoming album, but it might be the most accessible one yet.

Man, it’s as if Bruce just new that what we needed right now was a new Bruce Springsteen album. And not a low key affair either. I love a good Springsteen solo joint, just him and a acoustic guitar, as much as the next guy, but sometimes you just want the Boss to stretch his legs a bit.

Western Stars isn’t a E Street Band project, so while that kind of rock ‘n roll isn’t here, another kind is. The tracks are melodic and lush, full of life and emotion.

In their review, Rolling Stone says the album “sounds like little else in his catalog,” although they say the albums that Western Stars most closely resembles are Nebraska and Ghost of Tom Joad.

“Western Stars shows Springsteen pulling back the curtain on his craft in much the same way Springsteen on Broadway did,” Will Hermes writes. “In fact, in its elliptical narratives, it might have the makings of a good musical itself.”

The new album, which had been finished and laying in wait for the right time to be released, is Springsteen’s first since 2014’s High Hopes, which was eh, okay. Since then Springsteen wrote a book, Born to Run, that went deep on his demons, and took to Broadway to deconstruct what it meant to be Bruce effin’ Springsteen. According to Steven Hyden of UPROXX, the time off and exercises in reflection worked, as the album is Springsteen’s “best in a very long time.”

Some might disagree, but at this point in his career Springsteen is largely infallible. A bad album isn’t the end of the road, just like a great album isn’t going to alter or change his legacy.

What matters most is that he’s still recording albums and telling stories and most importantly, releasing said albums when we need them most.

My man Sturgill Simpson has been relatively quiet since his last album, the excellent A Sailor’s Guide To Earth, was released in 2016. It was only a matter of time before he found his way back into our lives.

“The Dead Don’t Die” is his contribution to the film of the same name by Jim Jarmusch. The film, starring Bill Murray and Adam Driver, is a “hipster zombie comedy,” and while reviews of the film haven’t been the best, this song is Simpson at his twang-slinging best.

Jarmusch reached out to Simpson to see if he’d write a song for the movie, providing Simpson with a copy of the script to pull inspiration from, a process Simpson recently told Zane Lowe on Apple Beats 1 Radio was “different because I’ve always … I’ll usually write my own stuff from a perspective of my own life experience, and this was more … This was fun. It was a lot of fun.”

The Dead Don’t Die is out today.

I say this because the new live release from DMB is a Target exclusive, meaning that only Target has copies in both CD and vinyl form. You get your cereal, a pair of cheap flip flops, some sunscreen and a copy of this new album. Bing, bang, boom.

If this upsets you for some reason, don’t get mad. Let’s not act like there’s not boatloads of DMB live recordings out there. There’s definitely even some from the band’s last summer tour, which is where the 10 songs on Rhino’s Choice was pulled from.

This is one of the first live albums from the band that does feature their new lineup though, a lineup that includes Tim Reynolds on guitar, a two-piece horn section and a keyboard player.

Lettuce’s first album in three years is only their sixth, which seems a little hard to believe because it feels like Lettuce have been around forever. In all fairness though, it’s not as if band members’ musical adventures are limited to Lettuce. Members of Lettuce have worked with everyone from Kanye West to Bob Weir of the Grateful Dead.

They get a pass.

Lettuce have reached a new level of their career though. It seems that even though the members of the band remain active outside of the group, they’ve collectively agreed to dedicate more time and energy to Lettuce. The band produced the new album and saxophonist Ryan Zoidis says that he “can speak for all of us when I say it’s our favorite sounding record so far.”

“You can expect to see us really begin exploring new sacred harmonic grounds, coming into an overstanding of self-awareness as a group and solidifying even more than ever our bond as humans and magicians,” Bassist Erick “Jesus” Coomes said recently and while I’m not entirely sure what he means, I’m into it.

Lettuce play Red Rocks outside of Denver this weekend and will spend the bulk of the summer on tour.

Here’s the thing, you spend time recording an album on the edge of San Isabel National Forest in Colorado, there’s a damn good chance that when it comes to time to name that album, it’ll be called San Isabel.

And such was the case with the Texas duo Jamestown Revival, whose new album is their first since the very damn good The Education of a Wandering Man that came out in 2016. They also released a live album, Live from The Largo at the Coronet Theater, last year, which showcases their roots-drenched, country-loving live show.

The new album seems to be an attempt to take it down a notch though. Zach Chance tells Billboard that their “goal when we set out was to be able to perform these songs with only two voices and a guitar and have them feel good to play.”

The result is an Americana twist on the harmonies and pleasantries of Simon and Garfunkel. Chance and bandmate Jonathan Clay harmonize almost effortlessly, with their voices bobbing and weaving at times and swimming alongside one another at other times.

Jamestown Revival will be out on the road this summer, presumably combining the quiet stillness of this new album with some of their livelier tunes from their last album.

The Preservation Hall Jazz Band usually earn their keep by blasting out lively, New Orleans-influenced and horn-fronted jams. But everyone looks to mix things up from time to time and the New Orleans legends are no different.

“Kreyol” comes from the upcoming documentary, A Tuba to Cuba, which tells the story of the band’s 2015 visit to Cuba. The trip was a way for the group to explore Cuban music, music that was so influential in creating that New Orleans sound that they would come to embody.

The band will be touring in support of the documentary this summer. The documentary, which was directed by T.G. Herrington and Danny Clinch, will be released later this year.

Don’t be fooled friends. Current Swell might sound like they’re from California or maybe even Hawaii, but the truth is that these dudes are from Canada.

Specifically the band is from Vancouver, which is on the western coast of Canada, so I guess they do sound like they’re from the west coast, just not America’s west coast. They’ve released a handful of albums, the most recent one being 2017’s When to Talk When to Listen. This latest release of theirs, “High Life,” seems like a one off release, as it hasn’t been followed with any news of an upcoming album.

The band has a Jack Johnson vibe to them, a vibe mixed with touches of Rogue Wave, Moon Taxi, early Dave Matthews Band and the “Drive” version of Incubus. 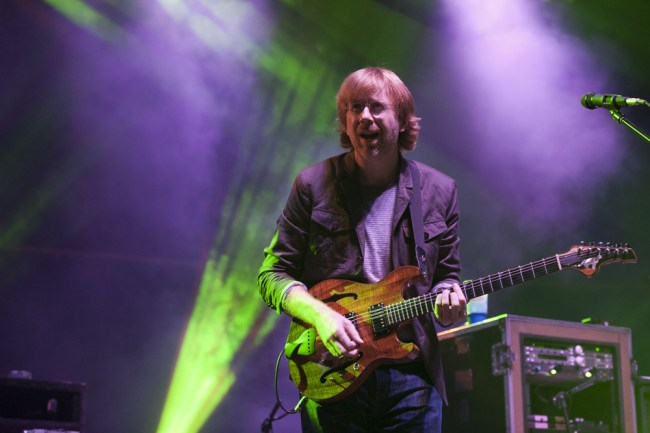 “Outlook not so good”

For a complete timeline of the evolving clusterfuckian dumpster fire that is Woodstock 50, Vulture has a great one.

This Week in Oof, That’s No Good

According to reports, Bockrath ruptured his PCL, tore his ACL, damaged his meniscus, and fractured his tibia.

What, does this guy play for the Warriors or something?

Bockrath tried to play through the injuries but wasn’t able to pull it off, which would we like to add is COMPLETELY UNDERSTANDABLE. As a result, the band was forced to cancel the rest of their European dates.

The band is set to return to the states later this summer for their Night Running tour with Beck. There’s still no word as to whether or not Bockrath will be joining them, which is again, COMPLETELY UNDERSTANDABLE.

So today I woke up around 1pm cause I was jet lagged .Got my lymphatic massage,worked out for 1 hour,was supposed to do rehearsal for 6 hours but I only did 4 cause I got a allergic reaction to some spice so now I’m just on twitter interacting wit ya while I rub my pubic hairs😊

Okay, So Who Else is Getting a Sirius Channel? 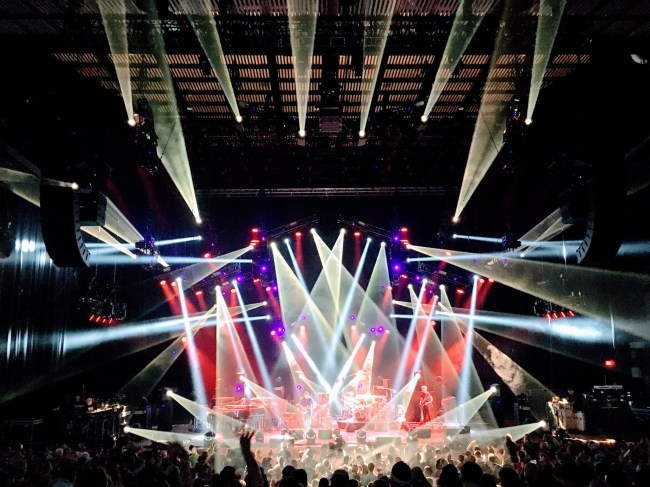 Earlier this week it was announced that Phish would be getting their own channel on Sirius. I guess this makes sense. Phish had gotten to the point where asking them to share space and time on the JamOn channel was getting a little ridiculous.

The channel will kick things off this weekend, broadcasting all three of Phish’s sets at Bonnaroo. From there it will likely feature deep cuts, live shows, deep cut live shows and more.

Wonderful. Phish now joins Tom Petty, the Beatles, Bruce Springsteen and more as artists who have or have had their own channel.

So who is next?

Well, I for one think a Tom Petty channel is pushing it and I love Tom Petty. The same goes for the Dave Matthews Band channel, which has been running lately.

They don’t have the Springsteen channel anymore, but I’d bring it back on the heels of him releasing a new album. I’d also think about adding a Bob Marley channel, mainly because I feel like Bob Marley has eclipsed the reggae channel they have in the same way Phish did to JamOn.

How about this idea? How about highlighting some cities and/or regions? They could do a New Orleans channel, as well as a Nashville or Chicago one. There could be a Pacific Northwest station too, highlighting music from both Seattle and Portland.

They should give a channel to Questlove as well. Pandora gave him a radio show, but he deserves more. A Questlove-curated channel would be wild.

Sirius, if you’re listening, I have some more ideas too. Just call me.

Not sure why everyone’s so worried about Thor, he’s fine guys… pic.twitter.com/GTbprK1l0c