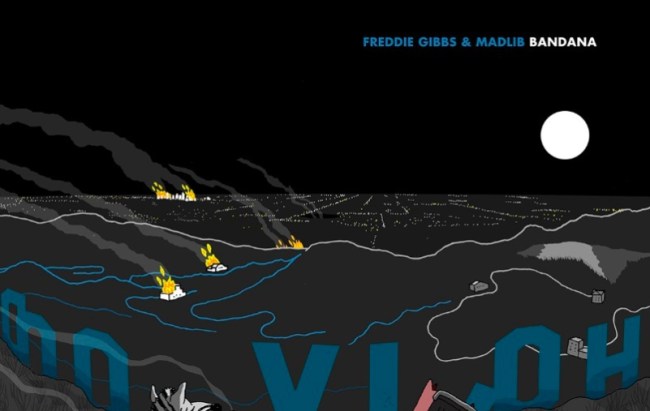 Welcome to the BroBible New Music Round-Up, where we’re HERE for Jake Gyllenhall’s hot takes, regardless of the subject. For more follow me on Twitter:  @ryanoconnell79

I did not think this day would come. I just didn’t. I truly thought that we had seen the end of the Black Keys and had started to come to terms with it. I would find cold comfort amongst the plentiful bounty that is their discography and tell myself that I would be okay.

It would not be a perfect solution, but given the gravity of the situation (and yes, that phrase is 100% applicable,) it would have to work.

The two-man wrecking crew from Akron, Ohio have finally returned after five years with their new album, Let’s Rock. As per usual, the album’s songs were written entirely in the studio, a product of band members Dan Auerbach and Patrick Carney convening in Auerbach’s Nashville studio last September.

“We fell right back into it, really, day one,” says Carney. “We wrote two songs the first day. We’re just fucking around, and that’s what comes out.”

For the first time since 2008’s Attack and Release, the band has gotten back to the original distortion-driven blues rock. That album had been a creative and commercial peak for them, a culmination of a style of music that they had been playing on their previous releases, but it also quickly became a relic of a time long gone as their next few albums varied in styles and sounds.

Working with Danger Mouse, the band got swampy (Brothers,) atmospheric (Turn Blue,) and arena rock ready (El Camino.) All three were great albums, but for long-time fans of the band, they continued to represent a moving away of the band’s initial sound.

On Let’s Rock, Carney and Auerbach went back to the two-man operation that they started out as, with them playing all the instruments and handling production themselves.

In their review of the record, Paste gives some love to the contributions Danger Mouse made while working with the band, but points out that “they didn’t really need him for this one. There’s nothing particularly complicated or out-there about Let’s Rock: it’s a rock ’n’ roll record, stuffed full of guitar riffs.”

When a band you love comes back from a break, it’s exciting. But it’s even more exciting when they come back and they’re the same band you fell in love with initially. That seems to be the case here and that’s a damn good thing.

For more on the album and what influenced the band while recording it, check out this piece from Entertainment Weekly.

The band kick off a North American tour in September

Madlib is a certified oddball as far as producers go. Throughout his career, he’s defined himself by taking chances and producing beats that challenged listeners. Whether it was working with J Dilla or messing around with Miles Davis tracks, he’s always been kind of a freeform jazz cat disguised as a hip hop producer.

It’s his backstory and track record that gives his pairing with Freddie Gibbs, a no-nonsense wordsmith, somewhat of an odd couple vibe to it. It was true five years ago when they released their first collaboration, Piñata, and it’s true today, as they released their latest project, the long-awaited Bandana.

Working with Gibbs seems to have focused Madlib some, with the producer creating some of his most straight forward beats. On top of the relatively direct back beats, things can still get interesting as Madlib tracks usually do (and Gibbs’ joints usually don’t,) but for the most part, Madlib is trying something new by inching towards conventional hip hop beats.

Gibbs wrote the majority of his lyrics for Bandana in an Australian jail cell, where he had been arrested for sexual assault. He was later acquitted, but the experience resulted in some truly haunting and bleak lyrics on his part.

It has a hook, something Madlib tracks rarely have!

Other guests include Pusha T, Black Thought, Killer Mike and Yasiin Bey. So while the record may be light on guests, the ones it does have are heavy as all hell.

Check of the AV Club’s review of the album here.

North Mississippi Allstars feat. Mavis Staples “What You Gonna Do?”

I suppose if you’re going to cover a Staples Sister’s tune, you’d be doing yourself a favor in enlisting Mavis Staples to contribute some vocals. The track, which is off of the Allstars upcoming album, Up and Rolling, is originally from the Staples Sisters’ 1965 album, Freedom Highway.

Up and Rolling is the band’s 10th album and features guest spots from New Music Round-Up’s favorite Nashville-area tweeter, Jason Isbell among others.

The new record’s sound was inspired by pictures Allstars Luther and Cody Dickinson saw from photographer, Wyatt McSpadden, who had been around when the band started in the mid-nineties, taking pictures of the Mississippi music scene. Seeing those pictures prompted the Dickinson brothers to go back in time and relive some of those memories.

“The images stopped me in my tracks and blew my mind,” Luther Dickinson said in a statement. “The music that changed our lives was captured in these photographs. Cody and I wanted to set the music free and record an album to accompany these photographs illustrating what Mississippi music sounded like in 1996 — and what it sounds like now.”

I didn’t know that the music of Mississippi had changed all that much since 1996, but I suppose I do know.

Up and Rolling is set to be released on October 4th.

So a couple days ago, I was doing what white dudes my age do, drinking coffee and reading The New York Times, and found myself deeply engrossed in an interview they did with Trey Anastasio from Phish. The interview covered a variety of topics and I especially enjoyed Trey’s views on nostalgia and the dangers of a band not being influenced by modern bands.

Trey, while pointing out the problems with younger bands putting too much stock in classic rock bands, pointed to current acts such as Kendrick Lamar and Anderson .Paak as acts that younger bands should be taking their cues from. I agree completely.

Trey also mentioned another band, King Gizzard & The Lizard Wizard. I wasn’t as on board with this suggestion. My only knowledge of them was making light of their ridiculous band name. Trey however, he was a fan, saying that “they’re not a jam band, but they love the act of creation, and you can feel it.”

A few days later, I was doing something else white dudes my age do, checking out Pitchfork, and saw that these Gizzard Lizzard fellas had dropped a new song. Compelled by the Trey interview, I checked it out.

Yeah, I’m not sure about that one, Trey.

GRiZ’s tunes are fun as hell and lively as a son of a bitch. They bounce, they flow, they sound great loud.

GRiZ is spending the summer stopping by festivals before his tour kicks off this fall. 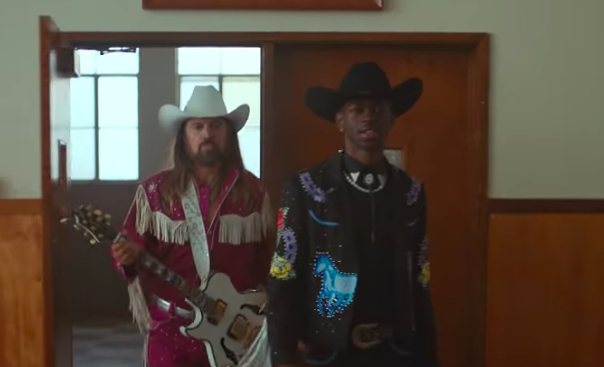 If so, that’s news to the bands/acts performing.

Whereas 311 have kept on keeping on through the years, Incubus have spent some time sitting a few plays out. Around the turn of the century, the band really nailed it as they softened their sound and hit it big with “Drive.” But they weren’t really able to sustain the success they achieved with their third and fourth albums and as the century progressed, Incubus faded into the rearview.

They took a stab at getting back into the mix in 2017, when they released their album, 8, but as with most bands who take nearly a decade off, the warm welcome they received upon returning was short-lived.

It would then be a next logical step for the group to go the nostalgia-route and as luck would have it, timing is on their side as they are set to celebrate the 20th anniversary of their third album, Make Yourself. In addition to “Drive,” Make Yourself included soon-to-be iconic Incubus tracks like “Pardon Me,” “I Miss You” and “Stellar.”

The band is heading out this fall on the “20 Years of Make Yourself & Beyond Tour” and to kick things off, appeared on The Late Show With Stephen Colbert on Wednesday night where they played “Drive.”

It’s at this point that I feel compelled to mention that Morning View is a really great album.

Quick Dispatch From My Summer Vacation

Something I learned on family vacation so far is that my 68 year old mother prefers Lil Nas X over Kacey Musgraves. Gonna be honest. Didn't see that one coming.

how close do you think Beto came to attending Fyre Festival