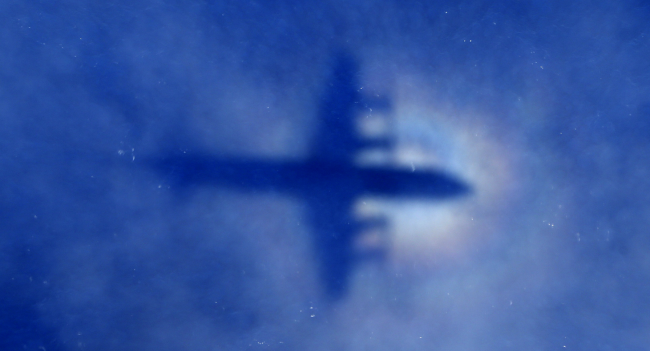 We are now at 2,909 days since Malaysia Airlines Flight 370 and the 239 people on board seemed to have just vanished off the face of the Earth.

Despite it being just a few days short of eight years since MH370’s mysterious disappearance we still have no idea what happened or where the plane and its crew and passengers are located.

There is hope, however. In a recent interview with 60 Minutes Australia, former Qantas pilot Richard de Crespigny explained why he is still “confident” flight MH370 will be found.

Related: New Technology May Have Revealed Fresh Clues About Where Flight MH370 Went After It Disappeared

“I was as shocked as every other pilot because we understand the communications that exist between the aircraft and the manufacturer of the aircraft and air traffic control so it was pretty remarkable that an aircraft could disappear,” said de Crespigny.

Utilizing a computer program called Weak Signal Propagation Reporter (WSPR), Godfrey tracked the flight path of MH370 and discovered that it appears as if the plane was put into a holding pattern near the coastline of Sumatra, an Indonesian island.

“I was surprised to discover that not only did MH370 enter a holding pattern, but that the holding pattern lasted for around 22 minutes,” he told the Daily Express.

“On entering the holding pattern MH370 was 150nm [nautical miles] from the coast of Sumatra [Indonesia] and 40nm from the 2nd Arc,” he continued.

“If the pilot’s goal was to make MH370 disappear without a trace, then why waste fuel with a holding pattern and why not head directly to the most remote area possible of the Indian Ocean without deviation?”

Pilot Richard de Crespigny has special knowledge about the catastrophic failure of a passenger jet.

“Back in 2010, he safely landed QF-32, saving the lives of 469 people on board after the plane suffered a catastrophic engine failure as it was leaving
Singapore,” the narrator says in the video of his interview.

It has been widely speculated that the pilot of flight MH370, Zaharie Ahmad Shah, either deliberately crashed the passenger jet or was the victim of a hijacking. One aviation expert who has been studying the disappearance even explained how Russia had the means and motive to hijack the flight.

Another theory even believes that Shah depressurized the plane, causing the passengers to suffer hypoxia, then lowered the plane to 3,000 feet and parachuted out to meet his mistress in a boat, leaving the plane to crash somewhere in the ocean.

There has also been speculation that Captain Shah had been depressed leading up to the flight and deliberately crashed the plane in some sort of suicide mission.

“The flotsam surfacing off Madagascar would suggest that the aircraft is somewhere in the Indian Ocean,” said de Crespigny.

He also pointed out that over the Indian Ocean “there’s often no one within a thousand miles of you, you won’t hear anyone on the radio.”

“It’s a pretty nasty place,” he added. “You can be five hours from the nearest airport and if something goes wrong, if you go down into that ocean, we all thought about it and we all said no one would survive.”

When asked point blank what he thinks happened to Flight MH370, de Crespigny replied, “I’m very confident that the aircraft took off and it arrived at the boundary between Malaysia and southeast Asia and then it vanished. And the data suggests that it’s somewhere in the Indian ocean.”

Also, this week, Richard Godfrey informed news.com.au that based on his investigation MH370 hit the ocean 1,933 kilometers due west of Perth, Australia, and lies 4000 meters under the water.

The Australian Transport Safety Bureau (ATSB) has confirmed that it and Geoscience Australia have been reviewing their data following Godfrey’s new report.

Angus Mitchell, the new ATSB chief commissioner, also stated that Godfrey’s research is “credible,” but “whether it’s credible enough to track an aircraft remains to be seen.”