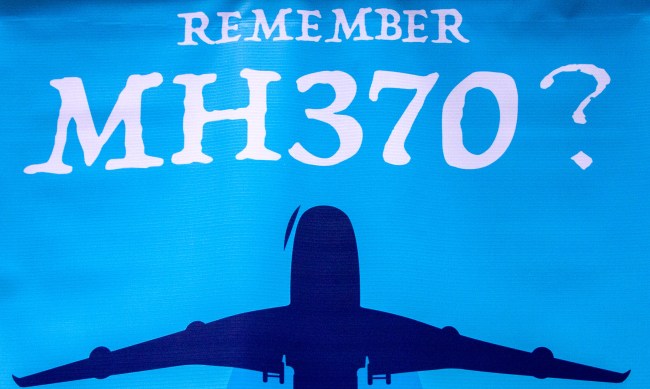 It’s now been over six full years since Malaysia Airlines Flight MH370 mysteriously vanished off the face of the Earth on March 8, 2014.

Neither the plane nor any of the 239 people on board have been recovered in what many call the greatest mystery in the history of aviation.

As a result of the lack of any definitive conclusions, many experts in aviation have continued to research, speculate, and theorize as to what exactly happened on that fateful day.

The chief engineer at EgyptAir emailed us his incredible theories about the disappearance of Flight MH370.

Was the plane hijacked? Did it crash? Was it sabotaged? Did the pilot kill everyone on board then parachute out of the plane?

So far, sadly, we have no concrete proof that any of these theories are true.

One aviation expert, Jeff Wise, believes that the answers to all of these questions may lie in Russia.

The Daily Express recently published an article in which they laid out Wise’s theory about the former Soviet Union’s involvement in the disappearance of Flight MH370.

His argument that Russia had the means stems from the fact that MH370’s hijack was extremely sophisticated and whoever was behind it understood a lot about flying commercial airliners, air traffic control, how the planes actually worked and about the data being collected from transponder communications with satellites.

He claimed that Russia is one of the few nation states with the technical savvy to be able to carry out such an attack.

“Russia is arguably the only country that stands apart from the West and yet is as technologically advanced in the aerospace industry as the US. … Not only does the US at present rely on Russia for its entire manned space launch capability, but even a good portion of its own unmanned launch capability, namely that provided by orbital scientists on US rockets powered by Russian-made engines.”

Meanwhile, he argued that Russia also had a motive ‒ to distract from its annexation of Crimea or indeed to respond to sanctions imposed by the US.

He believes that with all of the negative attention Russia was getting in 2014 over Crimea they were in dire need of getting the world talking about something else. Especially since President Obama, just two days before Flight MH370’s disappearance, imposed sanctions on Russia.

Considering the timing of the disappearance and the sanctions, plus the fact that the day before the plane disappeared Russia’s foreign minister Sergey Lavrov said Russia would hit back “like a boomerang,” speculation is that Flight MH370 may have been diverted to Kazakhstan – the only country at the time that supported Russia’s annexing of Crimea.

Whether Wise’s theory or any of the numerous others put forth over the past six years ever bears out at some point in the future is a mystery in and of itself.