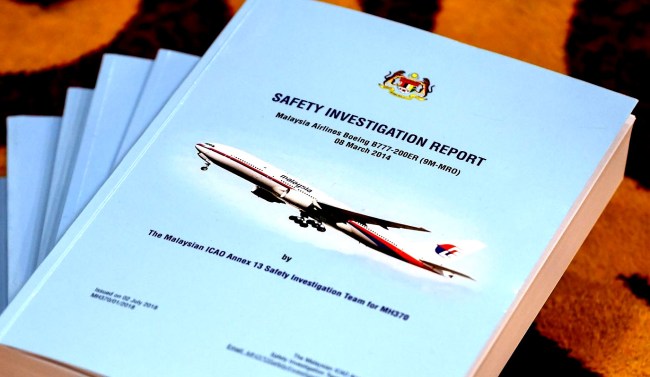 As we close in on the sixth anniversary of the disappearance of Malaysia Airlines Flight 370, there are still far more theories about what happened to MH370 than actual answers.

It was on March 8, 2014 that Flight MH370, with 227 passengers and 12 crew aboard, vanished from radar screens, resulting in the most costly and most mysterious search for a missing plane in aviation history.

Numerous experts have since come forth with their educated (and not-so-educated) guesses as to what caused MH370 to disappear somewhere over either the South China Sea, Andaman Sea or Indian Ocean.

Among the many theories that have been put forth are suggestions that the controls of the plane were deliberately manipulated, that the MH370 flight entertainment system could have been used to hijack the plane, that a hijacker may have exploited a plane weakness even the pilots wouldn’t have known about, and one extremely far-fetched idea that the pilot of Malaysia Airlines Flight 370 killed everyone on board and then parachuted out of plane to meet his mistress.

This week, the Daily Express unearthed yet another MH370 theory, this one put forth by aviation expert Jeff Wise, author of the book The Plane That Wasn’t There.

In his theory, Wise suggests hijackers could have altered the signals that provide the plane’s location data to make it appear that MH370 was flying south, when in reality it was instead being flown north.

What’s more, there are other indicators that it flew north, such as the fact that the plane slowed down over time, which would be expected as the air got colder.

If the plane flew north, it would have been flying over the vast Asian continent rather than over the ocean.

Most investigators have concluded that the last pingring, the ‘half-handshake’ at 0:19, was a result of the plane rebooting after switching to its fuel reserve.

Mr. Wise suggests otherwise, “MH370’s fuel reserves certainly would have been very, very low at this point. But I think it’s possible that the hand-handshake at 12:19 a.m. might have been the result, not of fuel exhaustion, but of the plane’s hijackers somehow reconfiguring its communication and/or navigation system in preparation for landing.”

Wise also suggests that Malaysia Airlines Flight 370 may have landed in Kazakhstan – the same country where 50 years ago a UFO was sighted at an experimental Soviet missile range and has been the site of repeated UFO activity since, most of which has allegedly been covered up by the CIA.

He also identified a site where MH370 may have landed: the Yubileyniy airstrip in the Baikonur Cosmodrome – the spaceport where both Sputnik 1 and the first human spaceflight were launched.

To this day, the area is largely disused and surrounded by derelict buildings that “haven’t been touched in decades”.

For these reasons, this site would be ideal for hijackers who are not trained pilots to have a 777 land itself.

The runway is built specifically for self-landing, it is in a deserted remote area where no one would notice it – and its location appears to add up with some of the data.

If Wise’s theories should turn out to be true, they would open up a whole new box of questions that need to be answered, including, what happened to the 239 people who were on board Flight MH370 after it landed?