A New ‘Super Mario Bros.’ Movie Is On The Way From The Same Studio Who Brought Us ‘Despicable Me’ 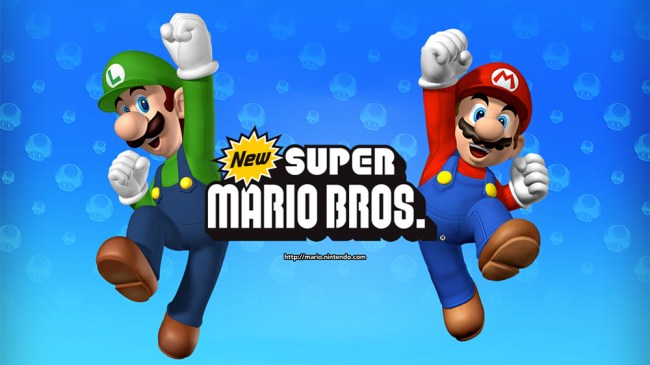 The original live-action Super Mario Bros. movie is quite possibly *the only* thing I remember from 1993. I remember seeing that movie in a double-feature at the local theater during summer camp because it was the easiest way to get kids to shut up for a few hours: put them in a dark theater and lock the door.

I don’t remember what the other movie in the double-feature was but I want to say that it was Jurassic Park because I vaguely remember being served dinosaur-shaped gummy snacks with our kid’s pack of a drink, popcorn, and snacks…What the f*ck kind of summer camp was I going to that year??

Anyway, the live-action Super Mario Bros. starring Bob Hoskins, John Leguizamo, and Dennis Hopper was one of the best movies I remember from childhood because it was batshit crazy. Apparently, the studios don’t remember it as fondly as I do because they think now is the time to roll out another Super Mario Bros. movie. This time it will be animated.

Variety‘s reporting that Illumination has an animated Super Mario Bros. movie in the works. If that name doesn’t ring a bell, Illumination is the studio behind Despicable Me and The Secret Life of Pets. Illumination founder Chris Meledandri spoke with variety about wanting to make this animated film and do the video game some justice, which to be fair is exactly what every studio does when they try and make a video game into a movie but we always end up with a steaming pile of dogsh*t.

“I like that this was not done well the first time,” he said. “I think that’s more exciting or more worthy than simply making another version of a film that was done incredibly well to begin with.”

And Meledandri thinks he’s hit on the right approach. He reasons that part of the problem that plagued the 1993 movie is that its makers didn’t involve the game’s creator. This time he’s working closely with Shigeru Miyamoto, the designer and producer responsible for cooking up “Super Mario Bros.”

“We are keeping him front and center in the creation of this film,” said Meledandri. “I’ve rarely seen that happen with any adaptation where the original creative voice is being embraced like we’re embracing Miyamoto. There’s a history in Hollywood of people believing that they know better than the people responsible for a property. I’ve made that mistake before.” (via)

Listen up Meledandri, just because John Leguizamo and Bob Hoskins were slugging whiskey between takes to make filming the original easier because it was perceived to be *so bad* it doesn’t mean the movie isn’t great. I’d watch Super Mario Bros. right now if it was on TV and then I’d watch it again tomorrow if it was being shown again.

Variety reports that the film is in ‘priority development’ at Illumination with a goal of hitting theaters by 2022.

“It’s an ambitious task,” notes Meledandri. “The challenge is taking things that are so thin in their original form and finding depth that doesn’t compromise what generations of fans love about Mario, but also feels organic to the iconography and can support a three-act structure.” (via)

Everyone reporting on this new film in development seems to think the original 1993 Super Mario Bros. was a colossal failure and maybe I was just too young to realize what was happening, or perhaps I was at the perfect age to appreciate the movie. Regardless, I don’t see any way that I enjoy an animated movie about a video game more than that glorious 1993 adaptation. It’s just not possible.

For more on this, you can visit Variety and/or VICE.