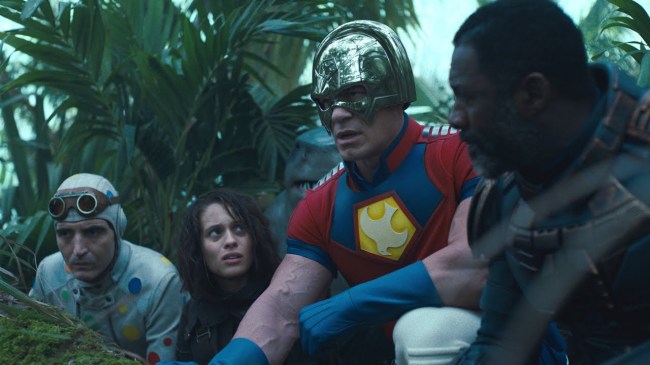 Here we go again, am I right? Another DC movie, another six-month period of wondering if Warner Bros. has permanently righted the ship or if another Josstice League is on the horizon. And when the first trailer for James Gunn’s The Suicide Squad dropped last week, I began fearing the latter.

As I discussed in detail on this week’s Post-Credit Podcast, the first trailer for The Suicide Squad didn’t feel like a trailer at all, but instead, a string of teasers mashed together, aiming to recreate what a James Gunn movie *would* look and sound like without *actually* being a James Gunn movie. Almost as if it were knockoff, store-brand, diet James Gunn. Most of the internet agreed with my analysis, as the general consensus about the trailer debut seemed to be of the “underwhelmed” variety.

But then, just last night — after grainy footage of the trailer attached to theater showings of Godzilla vs. Kong began making the rounds on social media — Warner Bros. posted a new The Suicide Squad trailer that represents a vast improvement over the forgettable original.

Now, to be fair to Warner Bros. — given that one is an R-rated Red Band Trailer and the other is a standard Green Band trailer — this could’ve been the marketing strategy all along. But still, there’s just something about this new trailer being released literally hours after a fan-filmed version started circulating on Twitter that strikes me as something more than mere coincidence.

We’ll be converting The Suicide Squad, and all things DCEU (and MCU) over on the Post-Credit Podcast, so make sure to subscribe and check that out.