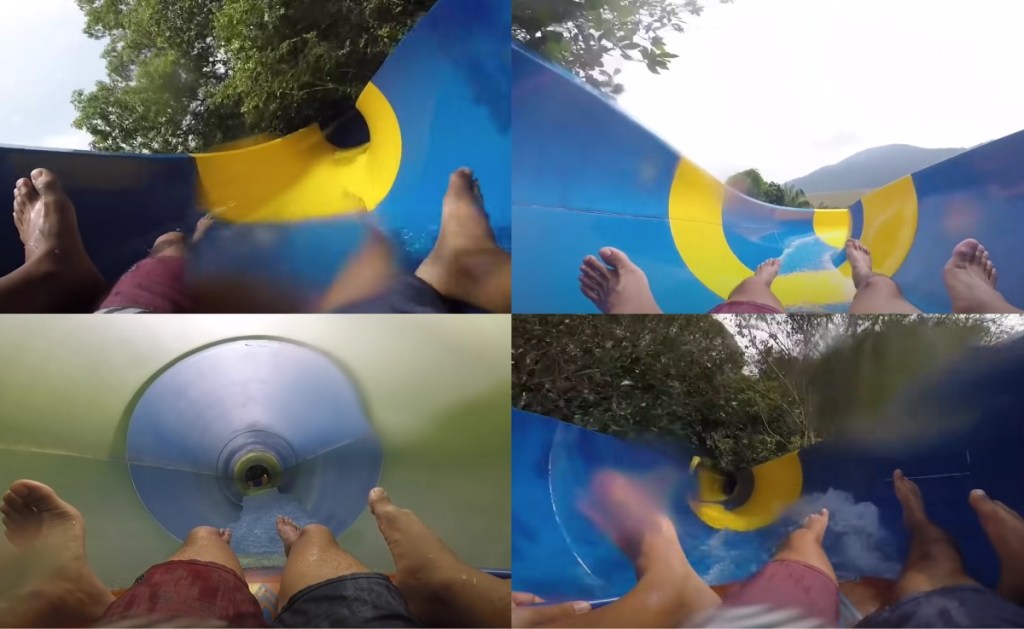 There’s a new world record holder for World’s Longest Water Slide and this new slide is over three times longer than the previous record holder. The idea to build this glorious water slide was borne out of someone wanting a slide that lasted longer than a few seconds. I’ve never identified more with the origin story of a Guinness World Record than this.

All I ever want in life is to be riding water slides that never end. In fact, I booked a hotel next weekend in Orlando specifically because it has a lazy river that I can get hammered in and float for hours. It’s not the same as a water slide but at least the ride doesn’t end. Now, after seeing this footage below from the Penang Escape theme park in Malaysia my new goal in life is to fly there and ride this damn ride until they kick me out of the park.

The ride takes FOUR MINUTES. It snakes its way through the Teluk Bahang Rain Forest on Penang Island in Malaysia. The new world record longest water slide measures an almost unfathomable 3,645 feet long which is over three times longer than the previous record of 1,168 feet (the Galaxy Erding in Germany). Here’s POV footage of riding down this slide in all its glory:

With that much open water slide snaking through the rain forest I can’t help but imagine what happens if and when a few trees snap in half and get stuck in the middle of the ride and some teenager making minimum wage has to truck off into the jungle with a hand saw to clear the ride. It really seems like it has the capacity to be a nightmare to keep running smoothly. But a nightmare that pays for itself with endless joy.

I can’t explain this urge inside me. I’ve probably only ridden one waterslide in the past decade. Some resort I stayed at two years ago had one and I was able to ride that on repeat while crushing BananaColadas in between. As a family, we’d always hit up water parks when I was a kid but that was literally a lifetime ago.

The way this slide snakes through the jungle actually made it possible to build the slide without chopping down any trees, according to The Rakya Post. Malaysia has travel restrictions in place that are constantly changing so if you’re an adventure seeker and want to ride the world’s longest water slide then make sure to look into that before booking your trip.