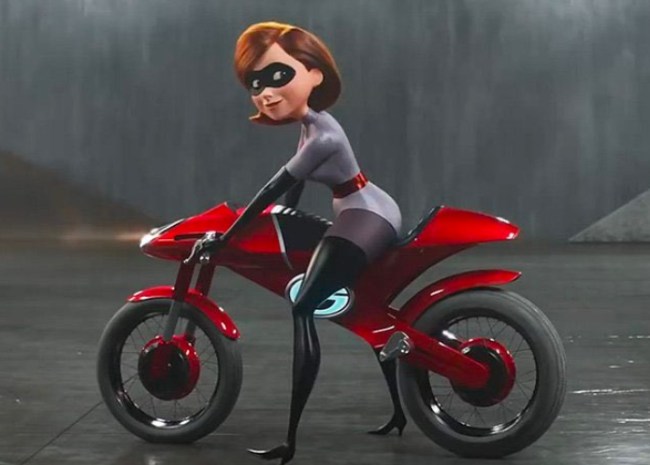 A cluster of pixels has given the internet a weird, unnatural chubby–evidenced in Steelers wide receiver JuJu Smith-Schuster directing his desires toward a Elastigirl from The Incredibles franchise on Twitter the other day. But Smith-Schuster was far from the only one who was all hot and bothered by the matriarch hero of the children’s movie…

elastigirl has the ability to stretch her body in anyway….. that means she CHOOSING to be double cheeked up with a snatched waist…. thicc queen pic.twitter.com/gzMANHffLI

Yeah incredibles 2 was good and all but during the entire movie all I could focus on was how THICC ELASTIGIRL STILL IS pic.twitter.com/dHGc0RiQvS

It’s one thing for Twitter eggs on the internet to talk about Elastigirl’s thiccness, but what are the rules actual film critics should abide by.  Anthony Lane of The New Yorker  flat out called it like he saw it. Gave a voice to the people. Ok, it was kinda weird…

Holy crap, WHAT is with The New Yorker's review of The Incredibles 2? Gross. pic.twitter.com/2PCVW4BQga

Dad boners. Not something I thought would cross my mind today. Thanks Anthony.