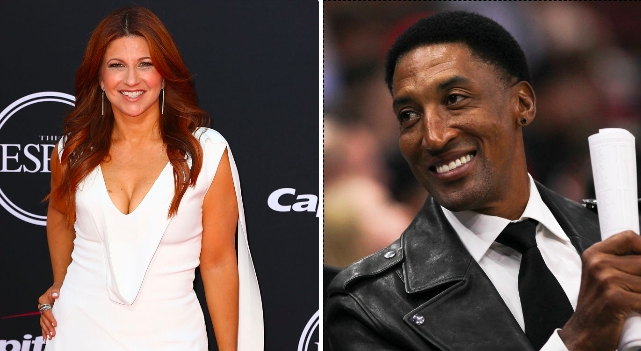 Just one month after Larsa Pippen filed for divorce from Scottie Pippen and subsequently ended their 21-year marriage, Scottie appears to be thirsting for strange.

Well, that isn’t necessarily a new development, considering there were reports that the six-time NBA Champion was having an affair with a Sports Illustrated Model a couple years back. Oh and just days ago, a former Portland Trail Blazers flight attendant revealed wild stories about the Blazers teams from the early-2000s, dubbed the “Jail Blazers.” Scottie spent four years with the Blazers after a legendary 11-year stint with the Bulls. If my math is correct, his tenure with the Blazers lines up with the infancy of his marriage to Larsa.

Here’s a snippet from the flight attendant:

“We’re checking into the Houston Galleria hotel at about 3 one morning, and I see a bunch of women in the lobby. I said to someone, ‘I don’t think there would be a wedding at this time of night.’ Scottie told me, ‘They’re hoochie mamas. They’re here for us.’”

In any event, Pippen is free to hit on women publicly now and I’d be damned if he was going to miss an opportunity.

His first target: ESPN television personality Rachel Nichols, who has been married to film director Max Nichols for 18 years and with whom she shares twin daughters. 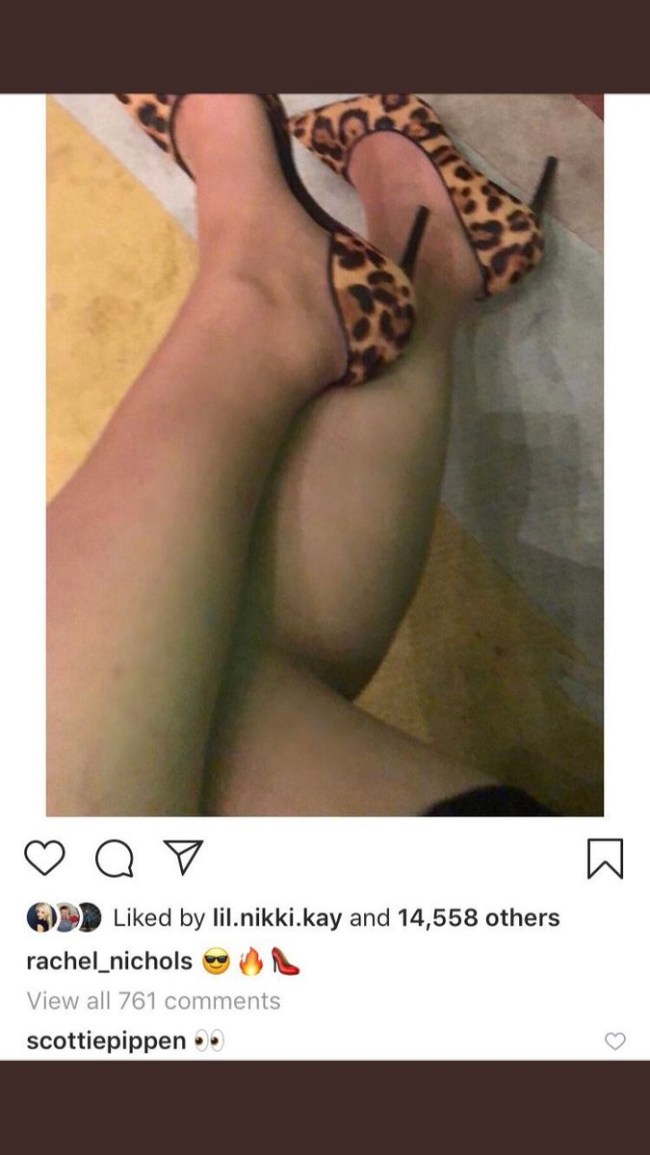 Kind of a bizarre picture to post on social media, no? Like we get it, you don’t skip leg day.

I have a feeling Single Scottie is going to be a blogging gold mine for the foreseeable future. Pray to the blog godz!