Nicolas Cage Once Turned $200 Into $20K At A Casino, Promptly Donated It All To An Orphanage, And Never Gambled Again 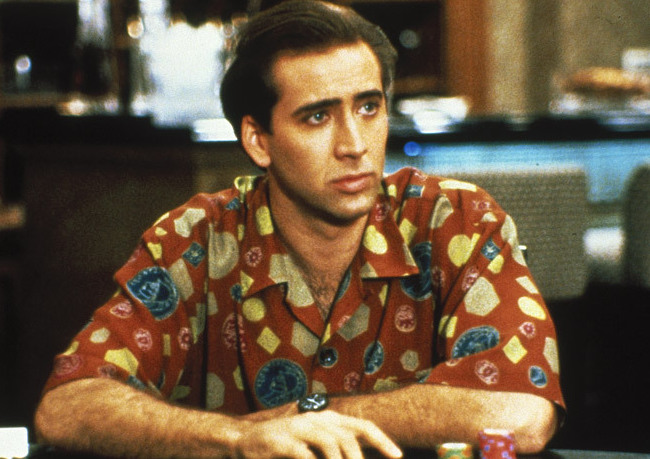 Nicolas Cage has starred in a couple of movies centered around a character traversing around Las Vegas but I’d be willing to bet most people are far less familiar with 1992’s Hollywood in Vegas than they are with Leaving Las Vegas, the 1996 film that resulted in him taking home the Oscar for Best Actor at the Academy Awards.

Cage kicked off his career after landing a minor role in Fast Times At Ridgemont High and he’s had an absolutely wild ride through life since then. He followed up his big win with a truly unreal three-film run after landing a starring role in The Rock before following it up with two more classic action movies in the form of Con Air and Face/Off.  However, he eventually found himself taking seemingly any part he was offered thanks to financial issues stemming from some fairly regrettable purchases—including 15 houses and a stolen dinosaur skull that cost him $276,000—but in recent years, he’s gravitated toward movies like Mandy, Mom and Dad, and Color Out of Space that have allowed him to showcase the pure, unbridled batshit insanity we’ve come to know and love him for.

Cage has been a fountain of fascinating anecdotes over the years and we were treated to a few more after he sat down for an interview with Marilyn Manson (because why the hell not?). At one point during the discussion, the conversation turned to gambling and the actor—who currently resides in Sin City—revealed he largely avoids casinos before discussing the last time he sat down at the tables around three decades ago in what may be the Nicolas Cage Story to end all Nicolas Cage stories:

“I was in the Bahamas, and I walked into a casino and felt like I had my mojo with me, like nothing could go wrong. My game was roulette. I went in with $200, and I didn’t miss a number, so much so that even the lady spinning the wheel said, ‘Nothing sweeter than a repeater.’

In 20 minutes I turned $200 into $20,000, so I went and found an orphanage in the Bahamas, met all the kids and the headmistress, and said, ‘This is for you.’ I put the 20 grand in her hand, walked away, and never gambled again, because if I did, it would ruin the power of that moment.”

It is truly Nic Cage’s world and the rest of us are just living in it.