Nightclub Bans Staring At Someone Without First Getting Their ‘Verbal Consent’ 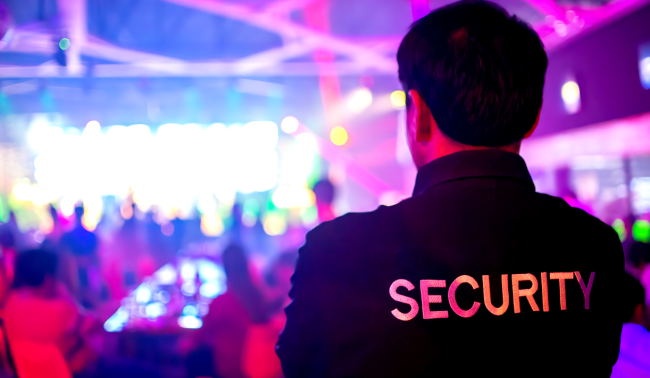 A nightclub in Sydney, Australia has created a whole new level of restriction when it comes to limiting the ability of people to meet strangers and begin relationships… i.e. hook up.

A new report by The Sun reveals that Club 77 in Sydney has taken the unusual step of putting a ban on staring at other people while inside the nightclub.

Actually, it’s not a complete ban on staring. You can still stare at someone if you have their verbal consent.

If you stare at someone at this nightclub, someone in a bright pink vest will be paying you a visit

However, if you don’t have that verbal consent you can expect to be visited by one of Club 77’s “safety officers.” You will be able to recognize them by their distinctive pink vests.

“As a nightclub, we encourage you to interact with strangers, however any engagement MUST begin with verbal consent,” Club 77 wrote in a recent Instagram post. “This also applies if you are, for example, staring at someone from afar. If the attention you are giving someone is unwanted, that is considered harassment.

​”Each night, one of our security guards inside the club will be designated a ‘Safety Officer’ and recognisable by a pink hi-vis vest. They have been trained to handle complaints and concerns. If you’re being harassed by another person or receiving unwanted attention, please seek them out or tell our staff immediately.

“​If we receive reports of any behaviour that has made someone feel uncomfortable, the reported individual will be removed from the venue and the police will be called. We do this to make everyone feel safe and to ensure our patrons are comfortable approaching staff if anything has made them uncomfortable or feel unsafe.”

The new policy also states that if your sole purpose is to “pick up” someone at the nightclub then they don’t want you there.

While many people appreciated the effort to curb misbehavior by the club, not everyone agreed with its strict limitations.

HMMMMMM... "can I stare at you" feels just as creepyhttps://t.co/j1TSXlyPmS

YES this is the best thing ever!! The amount of creepy AF staring I’ve put up with at bars over the years…And I’ve always been the one to leave because it’s so uncomfortable. Over it! 👏🏻 Well done Club 77. @Chris____Harris @dailytelegraph pic.twitter.com/hdMmDn0clP

So, you go to a nightclub and you can't LOOK at anyone without asking permission...seriously? How pathetically basic they are. The world has lost it's collective mind.