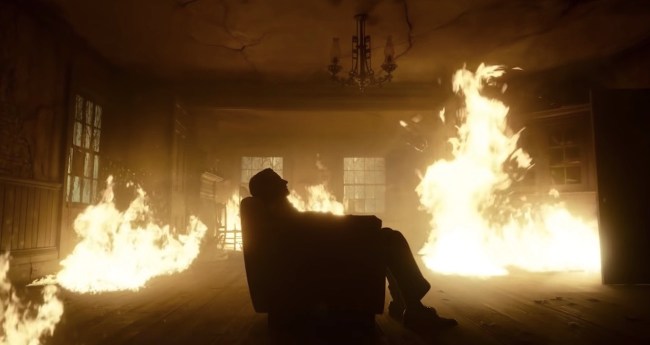 Ever since Guillermo del Toro’s Fish Man Sex Movie (actually titled The Shape of Water) won the Academy Award for Best Picture, the public perception of the film has flipped entirely, as evidenced by people like me giving it stupid nicknames like Fish Man Sex Movie. Look, The Shape of Water is a *good movie*, but it’s also a *weird story*, and I think that’s where the disconnect comes in, especially considering it was given the top prize in cinema over films like Three Billboards Outside Ebbing, Missouri, Dunkirk, and Get Out, a fact that doesn’t sit well with movie fans to this day.

So credit to del Toro — who hasn’t made a film in the three years since — for following up Fish Man Sex Movie with Nightmare Alley, a film that looks like it slaps in every way imaginable and is the exact type of thing Hollywood so desperately needs these days.

Starring the always excellent Bradley Cooper — who’s also starring in his first project since late 2018, when he ripped off A Star Is Born and The Mule — Nightmare Alley is a noir thriller that appears as though it’s been extracted directly from an era-gone-by of cinema: big stars, fancy sets, an original concept, and mysterious marketing. Take the trailer, for example, which doesn’t feature a SINGLE WORD from Cooper despite his character being the lead. Now THAT’S a flex.